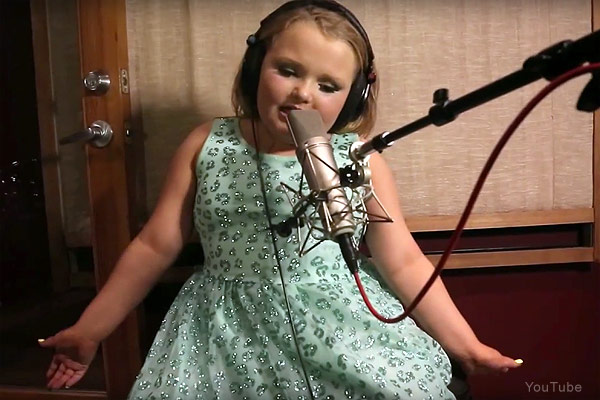 The long wait is over! It’s been more than seven months since Honey Boo Boo and sister Pumpkin went into the studio with Adam Barta to record the song “Movin’ Up!” and now we finally have the music video.

Here’s a sample of the lyrics:

Started out as a pageant queen
then on TV doin’ my thing
Now I’m movin’ up in the world
new house [??] with my girls 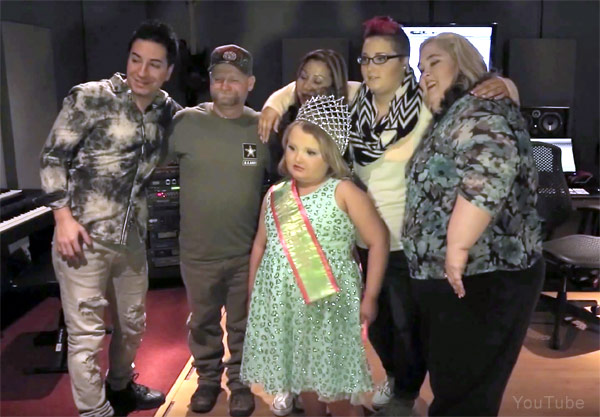 As far as the song goes, I don’t think Katy Perry or Taylor Swift have too much to worry about.

“Movin Up!” will be available to download on October 1 on iTunes.

On a side note, the release delay looks to be because of TLC’s threats to sue the Honey Boo Boo family if they released the song (or starred in a television show on another network) before their contract was up. At the time, it was reported that the family would be free and clear at the end of May, so it’s unclear why the song was put on the shelf until October.

Honey Boo Boo is one of Barbara Walter’s Most Fascinating People of 2012, Adam Levine thinks she’s the ‘Worst. Thing. Ever.’