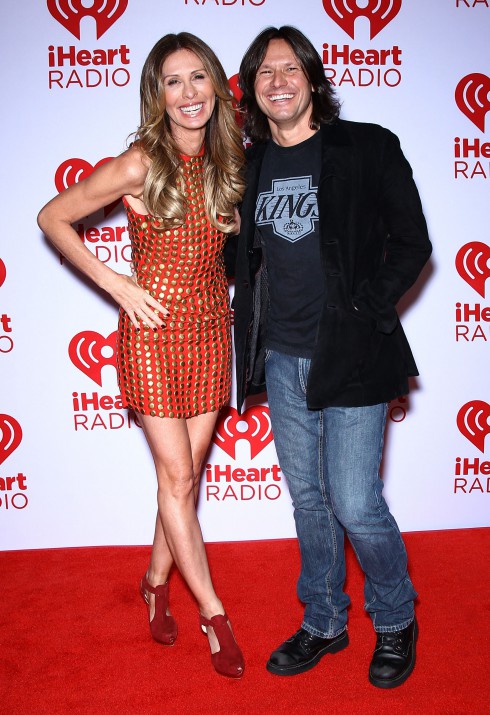 Another Real Housewives couple has called it quits. This time around, it’s The Real Housewives of New York City‘s Carole Radziwill and her boyfriend Russ Irwin. The two had been carrying on a long-distance relationship for two years, and had even recorded a song together, but now, just days before Valentine’s Day, they have parted ways.

“Russ and I have decided to call it quits,” Carole reveals to Us Weekly in a statement. And although the timing isn’t ideal with the holiday so close, Carole is staying positive and channeling her humorous side regarding her luck. “I haven’t celebrated Valentine’s Day since the fifth grade when the boy I had a crush on gave me a valentine, only to find out later that he gave one to the entire class, including the boys.”

Carole and Russ appeared together on a few episodes of the fifth season of The Real Housewives of New York City, which was the first season for Carole. During the show, Carole discussed her and Russ’s open relationship with her co-star Aviva Drescher saying, “We’re allowed to [see other people,] he’s a grown-up, I’m a grown-up, we’re allowed to do whatever.” When Aviva asked her if she cared what he was doing while he was away (his home base is Los Angeles while Carole resides in New York City), Carole replied “No. It works for us. I’m not saying it would work for everyone. We have a cool relationship.”

Now, Carole is choosing to focus more on her professional career and the upcoming release of her new book The Widow’s Guide to Sex and Dating, which is due to hit bookshelves this July.

Paris Hilton and boyfriend Cy Waits split up, “The World According to Paris” to blame?