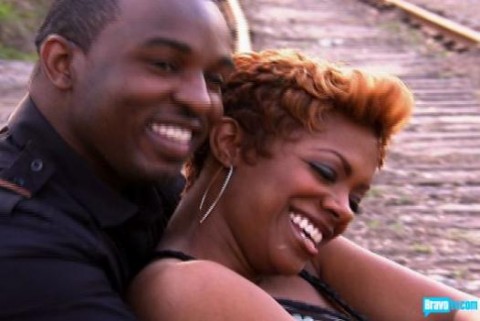 According to My Fox Atlanta, police have confirmed that Kandi Burruss’ ex-fiance, Ashley “A.J.” Jewell has passed away after a fight at the Body Tap nightclub at the 1271 Marietta Boulevard in Atlanta. He sustained a blow to the head during the altercation, and later died at Piedmont Hospital.

Kandi Burruss, an award-winning singer-songwriter and former member of the ’90s group Xscape is the newest cast member on the Bravo show Real Housewives of Atlanta. The second season of this Real Housewives is currently airing on Thursday nights and follows Kandi’s storyline as she helps Kim Zolciak record a single, works on her own full album, and deals with her family’s distrust of her then-fiance, A.J., who has six children. A.J. appeared on the show, and seemed to be very smitten with Kandi.

Kandi has been contacted, and according to her publicist, Lisa Nelson, she is “stunned and speechless.” Kim Zolciak, who worked very closely with Kandi during the recording of her song, has tweeted about the situation:

“please Pray for my dear friend Kandi and her loss.I adored AJ and he will be misssed dearly.”

Atlanta police are currently investigating the situation, and are questioning a person of interest. No motive has been identified.

I could never n a million years imagine this happening. please pray for AJ’s children. that’s who im the most concerned 4. (10-3-09 around 4:20 AM)

UPDATE – According the to Atlanta Journal-Constitution a man named Fredrick Richardson has been arrested and charged with the voluntary manslaughter of Ashley “A.J.” Jewell. Richardson and Jewell were involved in a one-on-one fight according to witnesses at the scene. Richardson sustained injuries during the altercation and was taken to Grady Memorial Hospital in Atlanta. He will be arrested once he is medically able to leave the hospital.

Here is a photo of The Body Tap from Google Maps (Click to zoom in): 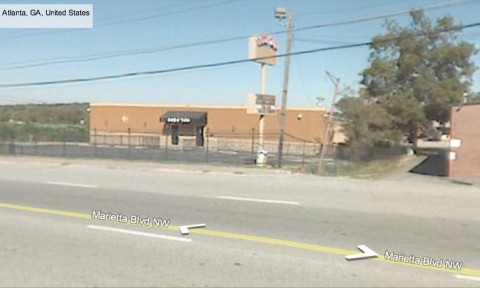 Apollo Nida apologizes to his sons before going to prison: ‘I’m sorry to be taken away from you’