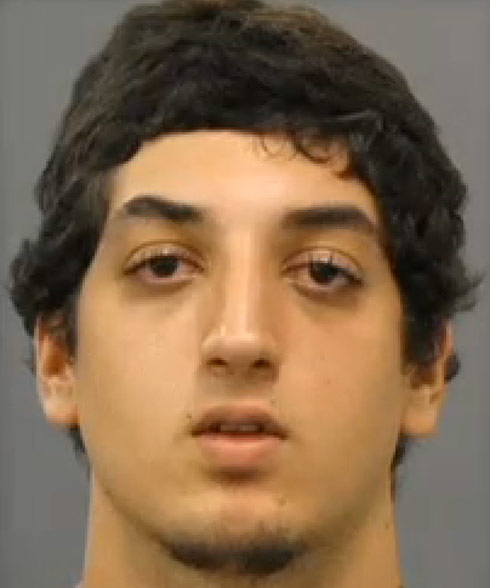 Police in Saugus, Massachusetts are on the hunt for 19-year-old Rashad Deihim (above) who is accused of drugging and then dragging a 16-year-old girl into a wooded area behind a local elementary school and raping her.

Two others suspects, Deihim’s 18-year-old girlfriend and a 17-year-old male, have been apprehended by the authorities. All 3 are accused of filming and distributing this heinous act via their cellphones. It was one of these communications, via Snapchat, that might have actually saved the victim’s life.

According to FOX Boston, the police were able to locate the victim after the father of a friend reported that his daughter had seen a video of her naked body via the popular social media app that is supposed to show images and videos briefly before they disappear.

With the tip, they found the victim who was impaired to the point of being unable to walk and carried her from the scene. She was rushed to a nearby hospital where she lost consciousness and had to be revived.

NBC7 spoke with the victim’s mom who was obviously outraged and sickened by what happened to her child:

“What they did was disgusting it was sick, I almost lost my daughter. She was barely breathing she was found with nothing on. She had fingerprints, at least two hands held down by her throat. Her breasts were bruised, her whole body was ripped, shredded, broken toes… I want justice, I don’t want this to go away, I want them to pay for what they did.”

The girl’s mother also believes that the girl who noticed her daughter and then told her dad saved her own daughter’s life. “Somebody noticed who it was and called the cops, and if this person didn’t call the cops my daughter wouldn’t be here right now,” the mom said.

Deihim is considered dangerous and a serious risk to try to flee the state.