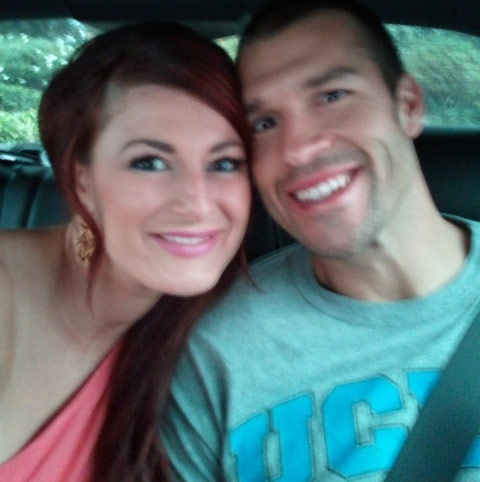 It seemed like nothing was going to stop Rachel Reilly from winning Big Brother 13. She had to watch her “bookie” Brendon Villegas get voted out twice, she had to win multiple HOH’s and Veto competitions and she had to survive the episode of crying hidden away in the bushes. The unflappable red head from Vegas won by a slim 4-3 jury vote testing the long held trend of house guests voting for who played the best game. She made an appearance on The Talk today to talk about the win.

The banter among the jury was heated and fan favorite Jeff had to admit that he didn’t like Danielle after being asked by host Julie Chen. When Danielle cast her vote for Porsche she told Rachel that she should be glad that it wasn’t a personality contest revealing her sass and distaste for her fellow competitor.

Rachel tweeted the above photo with the following:

Speaking of The Talk I just caught Rachel’s interview and she was overjoyed as she sat next to Kris (too many K Kardashians!) Jenner at the round table and she first commented that her upcoming wedding to Brendon was going to be a dream wedding now that she had a little additional cash flow. Rachel said she confronted Adam on how he voted and she was shocked that he had went with Porsche. She said her victory was partly due to the fact that she had learned from her questionable behavior from last year. Julie said that folks who used to love to hate her loved to love her now.

The Talk set up one last challenge, “slop till you drop” in which Rachel went up against BB superfan Sarah Gilbert. Sarah won but gave the trip that was the prize to Rachel and Brendon for their honeymoon. The scene closed out on an ecstatic Rachel with her face covered in slop while Brendon stood beside her smiling. How apropos!