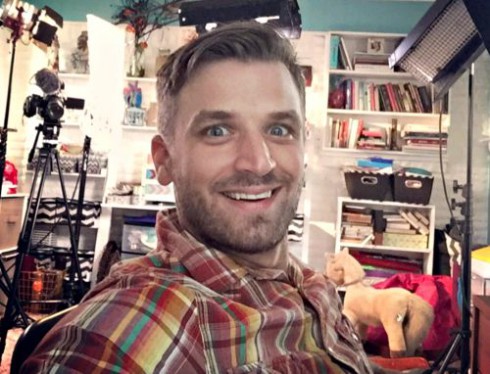 After the pregnancy and miscarriage videos from YouTube vloggers Sam and Nia went viral, Sam Rader said he was enjoying the attention because he “always had a dream to be famous.” But now he’s learning that fame has its downsides: Rader was kicked out of a vlogger conference this weekend after getting into an argument with another participant. If that weren’t enough, he was also named in the leaked Ashley Madison information.

In their daily video on Friday, Sam and wife Nia Rader addressed reports that Sam paid for an Ashley Madison account.

“I did make the account. I made the account two years ago. This is an issue that is in our past,” Sam said in a video titled “Forgiven.” “This was brought to my wife’s attention. She has forgiven me for this mistake that I made and opening the account….I’ve never met with a single person face to face through that website, and that I never had an affair with anybody, ever, while I’ve been married with Nia. The account was opened out of pure fleshly desires and just sinful curiosity.”

Nia added she forgave Sam for the account long before it was publicized. She said, “It’s unfortunate that its being dug up right now, but you know, our marriage is worth fighting for. And it always will be.”

The day after they posted that video, Sam and Nia attended the Vlogger Fair in Seattle–but it did not go well.

“Sam kept confronting people who were calling [he and Nia] out on Twitter and saying he wanted to punch them,” an attendee said on Tumblr.

YouTube star Meghan Tonjes also addressed the incident in a series of tweets:

I PROMISE LITERALLY NO ONE WANTS TO TRADE PLACES WITH @samandnia. There’s no jealousy. You were tolerated past your welcome.

Look at all the people not getting kicked out of cons. Then look at the people who are. @carterreynolds @samandnia

And isn’t that the saddest part. The ego, the aimless ambition and the lack of morality in Sam is going to haunt that family.

Never seen anyone climb so high/fall so quickly so fast.I wasn’t gonna drag this dude but you wanna threaten people and then play victim?Nah

Stop telling the world how famous you want to be. That’s not a real motivation. You’re not a real person.

After reports that he was kicked out of the conference for threatening violence against someone else made the rounds, Sam told Gawker he was defending himself.

“It was one person, and I didn’t make a threat,” he said. “What happened was there was a couple of fellow vloggers who had ridiculed our family on Twitter regarding the method we were mourning the loss, our miscarriage on Twitter….If I made a threat, it was to the one person, and it was, ‘You need to watch out before he messes with my family.’”

Sam confirmed he was asked to leave and said he will explain more in an upcoming video.

VIDEO Joseph and the Virgin Mary’s ’16 and Pregnant’ episode