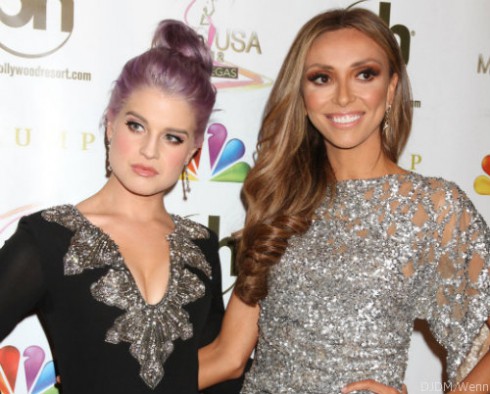 The truth comes out! Kelly Osbourne and Giuliana Rancic appeared friendly during their days on The Fashion Police, but Kelly now says she was never fond of her former co-host.

“I will never admit to liking Giuliana because I don’t,” Kelly told The Wrap at an event this weekend. “I don’t think she’s a good person and I think she’s a liar.”

It seems Kelly’s ire with Giuliana grew after the backlash Kelly experienced for her comments on The View about Mexican immigrants. In case you missed it, she said, “If you kick every Latino out of this country, then who is going to be cleaning your toilets, Donald Trump?” Speaking to Us Weekly this weekend, Kelly attributed the criticism she got to “people like Giuliana Rancic” — who came under fire in February for her comments about Zendaya’s hair on Fashion Police.

“Don’t blame me for other people’s mistakes. I wasn’t edited,” Kelly said. “It wasn’t a premeditated attack. And if I watched it, I would hate me too. So I have no problem, and I would do whatever I have to, to make it right. But don’t compare me to her.”

After Kelly’s controversial comments, Giuliana said she was going to take the “high road” by declining to weigh in. However, she did make her opinion of Kelly known in April, when she said they weren’t on speaking terms.