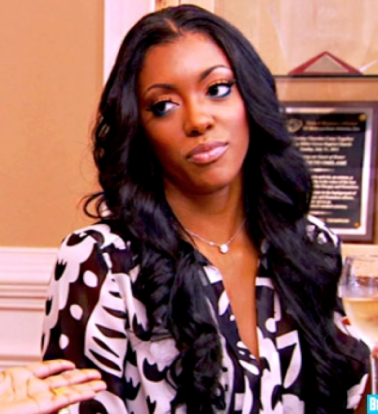 Porsha Stewart was defending her husband Kordell Stewart on The Real Housewives of Atlanta reunion even though he wasn’t there to show her support just one week before he filed divorce papers. She was completely blindsided by the divorce and found out via Twitter.

Porsha spilled the whole story to Andy Cohen on Sunday night’s Watch What Happens Live. The day it happened she had just tweeted “Today is the first day of the rest of your life,” before the news broke, so people thought she was talking about this new change in her life, but she was completely unaware. After she saw the unbelievable headlines, she went into the next room to ask Kordell what was going on. She told Andy the conversation made her feel “disappointed,” but that she had to get her attorney to confirm that the divorce papers had been filed.

She’s still living in the same house with Kordell, but she said she’s not speaking to him and not cooking for him. They have no pre-nup, and Porsha still doesn’t know why he decided to divorce her.