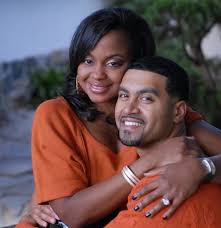 After five years of marriage, two children, lots of reality television, and huge fraud charges that still pale in comparison to the Giudices, Phaedra Parks and Apollo Nida are calling it quits. Phaedra has said she’s retained an attorney to “amicably end her marriage.”

This doesn’t exactly come as a shock because they’ve been dealing for marriages issues for a while that only escalated when he was sentenced to jail for fraud charges. This July Nida told Atlanta’s B100 radio station that he doubted the marriage would last through his sentence. “I mean, my wife didn’t even f–king show up for my sentencing,” he said. “I’m still salty about that.”

This September they were still together, but a strange incident happened that happened while Phaedra was filming for the upcoming season of Real Housewives of Atlanta. Nida missed a jail deadline, and then headed over to Phaedra’s house were he found the locks changed. “It was the most bizarre thing,” a source told US Weekly. “Everyone thought he was already at jail this morning. He drove himself to jail and was supposed to be there by noon. So Bravo came over to her house to start filming her coming home and all that stuff. The whole Bravo crew saw it — it’s all on tape. Everyone was shocked.”

Apollo is no stranger to the prison system, prior to marrying Phaedra, he served time for racketeering and forgery charges.