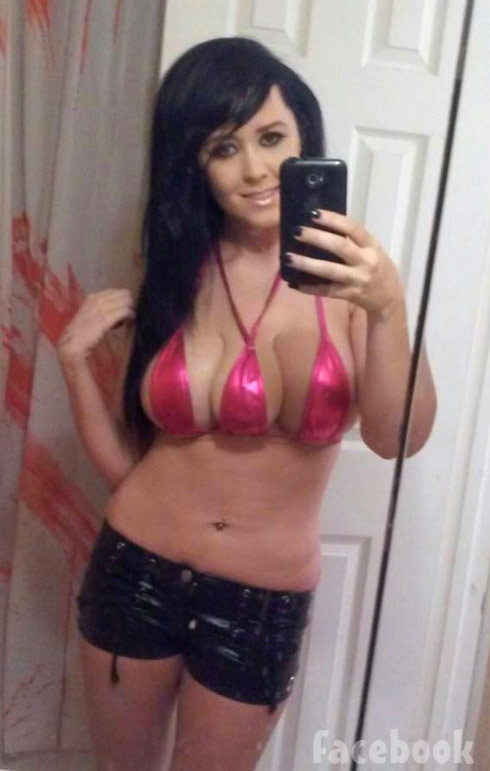 Normally if a woman wants an extra boob around she just gets married, but a 21-year-old Florida woman has accomplished the feat with a reported $20,000 surgical procedure.

The young lady, who goes by the name of Jasmine Tridevil, says she approached more than 50 doctors before she could find one willing to do the procedure. “It was really hard finding someone that would do it too because they’re breaking the code of ethics,” Jasmine told Orlando’s 104.1 in an interview.

She has since shared numerous photos and videos of her new look online, including the one above in a custom-made pink trikini as well as this next picture in another black leather Victoria’s Threecret dandy: 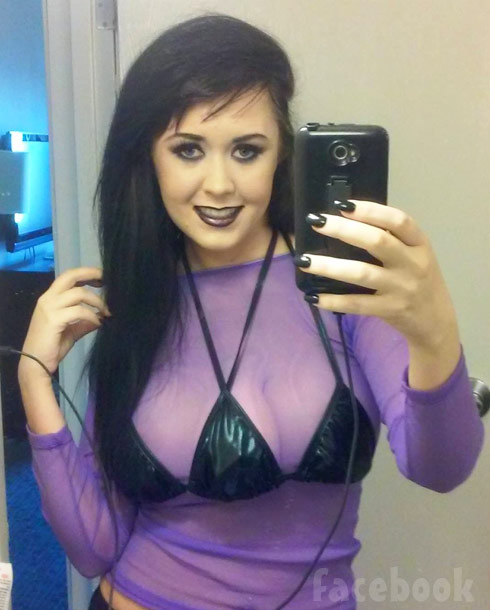 Jasmine says the third breast was created using an implant and skin from her abdomen. Doctors were reportedly unable to create a fake areola to finish off the look, so to achieve the full triple nipple effect Jasmine had one tattooed on.

UPDATE – Jasmin Tridevil’s true identity has been revealed, and she is no stranger to national viral news stories! Click here to find out more and see a video interview with her conducted by a news station late Monday night.

In addition to launching a Facebook page and a Youtube channel (with an apparent website coming soon), Jasmine has hired a film crew to document her life and hopes that her extra breast will be her ticket to stardom. “I’m starting a reality show called Jasmine’s Jugs and my ultimate goal is to get it onto MTV,” she reveals. “That’s my dream.” 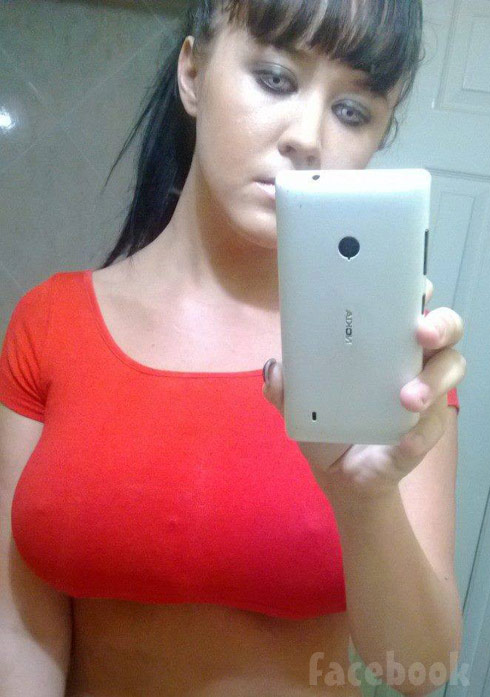 So how did Jasmine’s parent’s take the news? “My mom ran out of the door,” she says. “She won’t talk to me. She won’t let my sister talk to me.” And pops? “My dad… he really isn’t happy. He is kind of ashamed of me but he accepted it.”

So does Jasmine believe her extra mammary will give her a breast up on her competition in the dating game? Nope. She seems to think it will have the opposite effect, and that’s what she wanted. “I got the surgery because I wanted to turn off guys,” she says. “I know it sounds crazy but I don’t want to date again ever. I still like to feel pretty.”

Jasmine’s abreasted development has many online drawing comparisons to the prostitute from the Arnold Schwarzenegger movie Total Recall, but there will soon be another three-breasted woman to compare her to courtesy of Angela Bassett’s new character Desiree Dupree on America Horror Story: Freak Show: 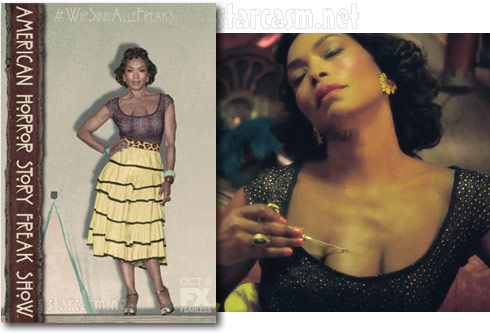 And just in case you wanted to see Jasmine’s jugs in action, here are some videos:

* It should be pointed out that we have no actual proof that Jasmine did actually have surgery and that her third breast isn’t just a prosthetic of some sort. (Could Jimmy Kimmel be behind this?) She is scheduled to make numerous television appearances this week, so perhaps one of them will have a doctor examine her to verify the authenticity of her boob trifecta.

Oh, and if the whole MTV reality show thing doesn’t work out, I think Jasmine may want to look into starting a restaurant chain with like-minded young ladies: 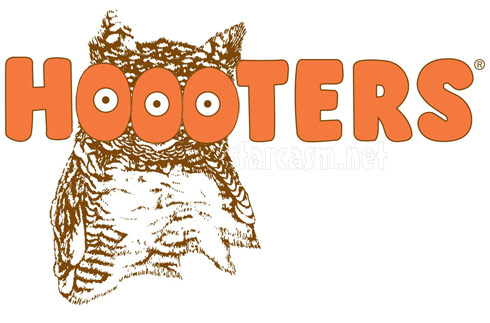