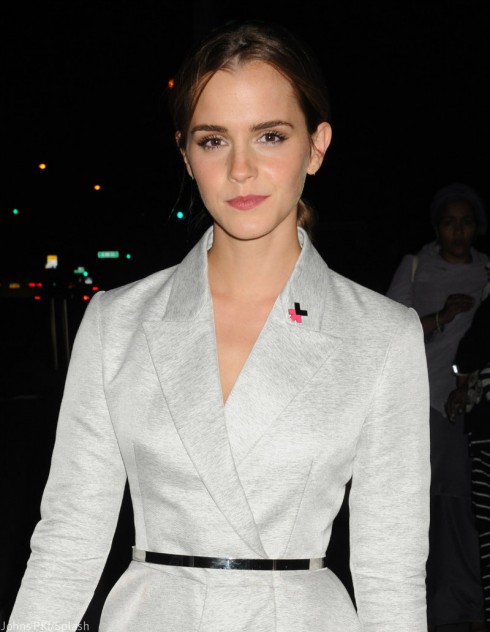 Harry Potter‘s Emma Watson had United Nations delegates spellbound on Saturday by her brilliant speech about what it means to be a feminist.

Launching the HeForShe Campaign, which aims to get men involved in the cause, the U.N. Women Global Goodwill Ambassador said working toward gender equality benefits everyone.

“I want men to take up this mantle so their daughters, sisters and mothers can be free from prejudice,” said Emma, a recent college graduate. “But also so their sons have permission to be vulnerable and human, too and in doing so, be a more true and complete version of themselves… How can we effect change in the world when only half of it is invited to participate in the conversation? Men, I would like to take this opportunity to extend your formal invitation. Gender equality is your issue, too.”

She also tackled the misconception — perpetuated by campaigns such as Women Against Feminism and certain individuals — that feminists are angry man-haters.

I decided that I was a feminist. This seemed uncomplicated to me. But my recent research has shown me that feminism has become an unpopular word. Women are choosing not to identify as feminists. Apparently, [women’s expression is] seen as too strong, too aggressive, anti-men, unattractive.

Although Emma is clearly much more than just an actress, she acknowledged her association with Harry Potter may make some inclined to dismiss her. Then she promptly proved how big of a mistake that would be.

“You might think: who is this Harry Potter girl? What is she doing at the U.N.? I’ve been asking myself at the same thing. All I know is that I care about this problem and I want to make this better,” said Emma, who recently returned from a Goodwill Ambassador mission in Uruguay. “Having seen what I’ve seen and given the chance, I feel my responsibility to say something. Edmund Burke said all that is need for the forces of evil to triumph is for good men and women to do nothing.”

Watch Emma’s complete speech, which was followed by a standing ovation…