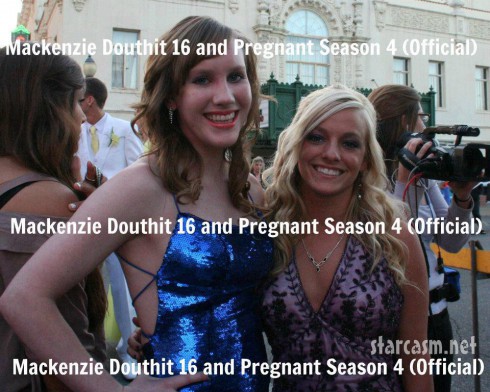 When I was compiling prom photos for the cast members of 16 and Pregnant Season 4 (see the post here) there were a couple photos I didn’t see. Check out the photos above and below in which there is clearly a woman in the background carrying a camera very similar to those used by MTV! 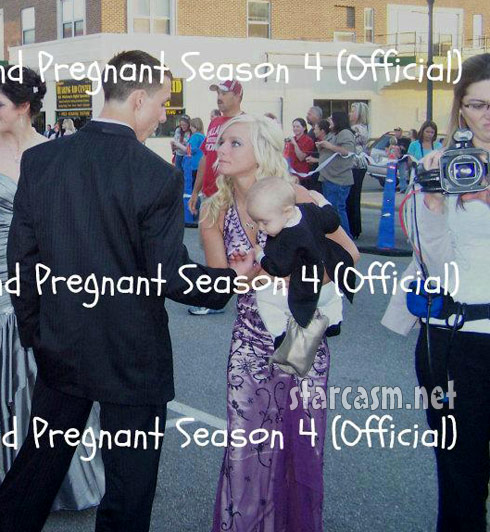 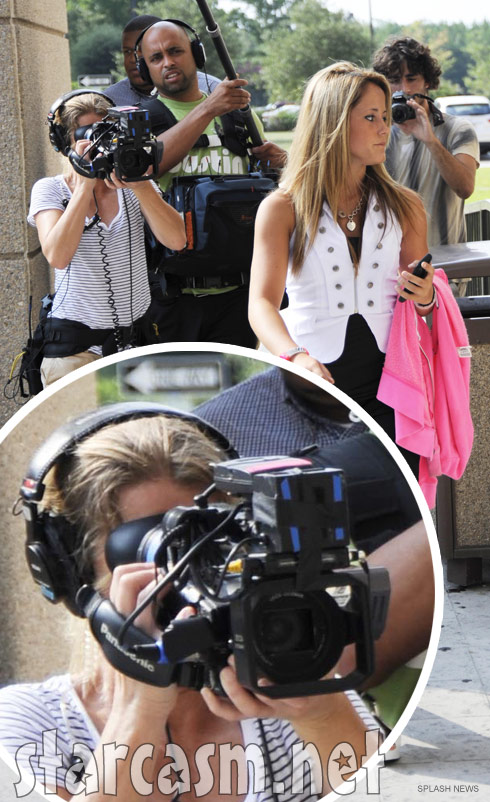 Mackenzie didn’t appear to have a sound man, but otherwise it looks like a similar set up don’t you think?

Before you get too excited, let’s all remember that MTV does do “catch up” shows and it could be that they just wanted to capture Mackenzie, Josh, and their son Gannon at the big event for that. That being said, Mackenzie certainly figures into our projected formula that predicted either her or Katie Yeager (premiere episodes) along with Alex Sekella (90 minute episode) and Kristina Head (finale) would be three of the four girls chosen for the new Teen Mom installment.

Plus, Mackenzie has a charismatically wonderful attitude, a baby daddy who is still in the picture, and a very loving and supporting family – just what the doctor ordered for an MTV franchise that has come under fire in the media the last couple years for featuring young girls like Amber Portwood and Jenelle Evans, who often make headlines for some rather unsavory actions.