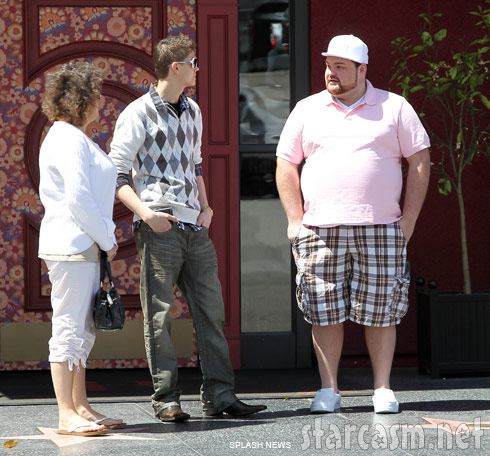 I posted photos earlier today of Teen Mom‘s Gary Shirley and Amber Portwood hanging out in Los Angeles and while mentioning various rumors about the TM cast members that “There’s no word on Catelynn and Tyler.”

Well, now there’s word on Tyler Baltierra! Actually, a couple thousand words in the form of two pictures of Tyler and Gary Bear hanging out together in Los Angeles where the cast of the first Teen Mom series are filming their reunion special to cap off production on the third season set to premiere this summer on MTV.

And here’s an additional photo that features the Abbott and Costello of Teen Mom baby daddies checking out a nude photo of Amber (just kidding): 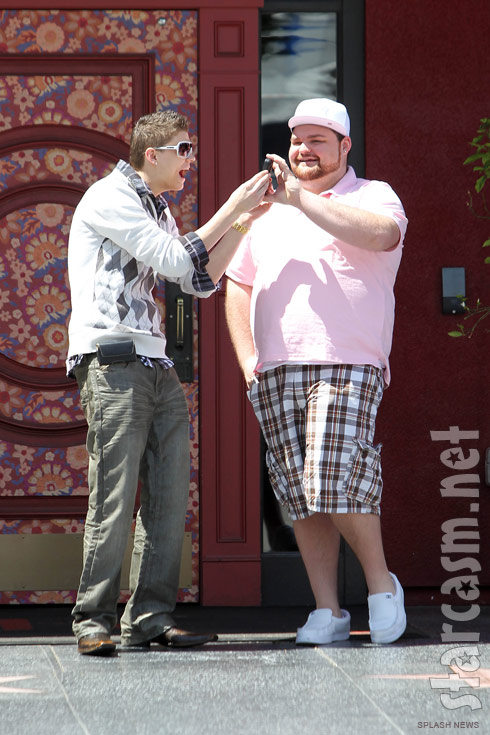 It seems as though the Teenmomarazzi are on the ball so perhaps we will soon see pictures of Catelynn, Farrah and Maci as well! Stay tuned – we’ll be sure to post them as soon as they come across the wire!

On another MTV filming reunion specials in Los Angeles note, the girls from the upcoming season of 16 and Pregnant are also reportedly in The City of Angels filming their reunion show, but I’m guessing the Sixteenandpregnarazzi (and the rest of America) have no idea what they look like. I wonder if MTV is going to have the cast from Teen Mom offer advice to the latest batch of 16 and Pregnant moms and dads? i guess we’ll have to wait until we hear from someone lucky enough to attend!