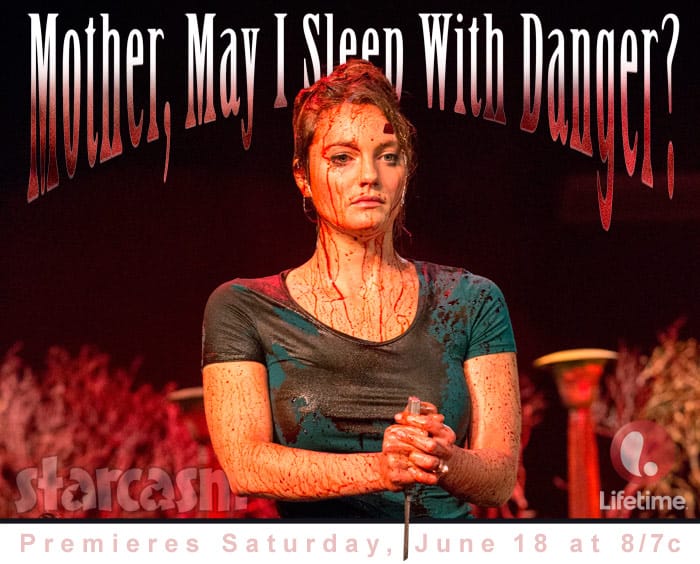 This year marks the 20th anniversary of the cult classic 1996 movie Mother, May I Sleep With Danger? The original starred Tori Spelling as high schooler Laurel, who gets into a relationship with a boy named Kevin (played by Ivan Sergei) that starts off great before turning bad — really bad. In December, Lifetime announced they would be honoring the anniversary with a remake that will include the original stars, Tori and Ivan, as mom and teacher! 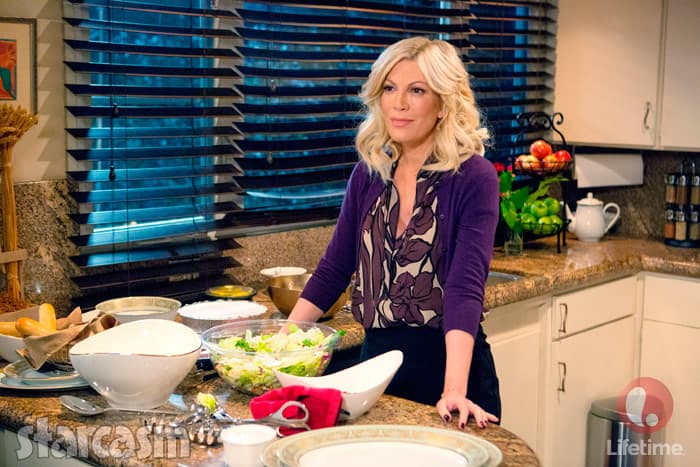 Above we see Tori Spelling as mom Julie in the kitchen. In the reworked story by James Franco, the main character Leah (played by Leila George) brings home her significant other to meet her parents, and they are shocked to find out that Leah’s love interest is a she named Pearl (played by Emily Meade). Here are all three ladies together with (from left to right) Tori Spelling, Leila George, and Emily Meade: 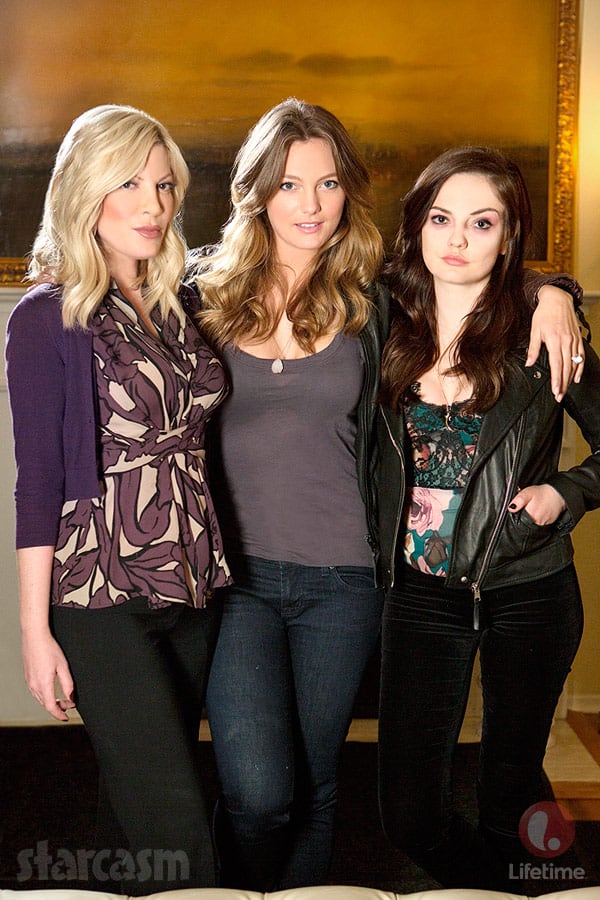 Julie tries to embrace the idea of Leah’s new love interest, but she can’t shake the feeling that something is very wrong. Julie’s suspicions lead to a startling discovery about Pearl that puts Leah in serious danger. Will Julie be able to save her daughter from an eternity of heartache before it’s too late? 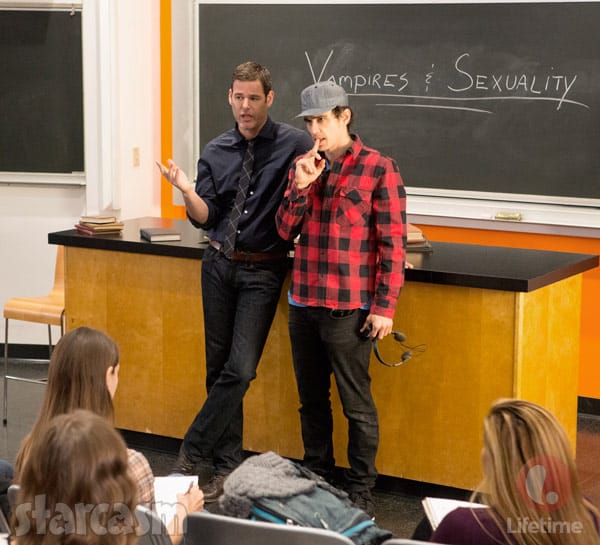 In addition to creating the story, James Franco (seen above with Ivan Sergei) also stars in the movie, which completes a circle that he started. “Mother, May I Sleep With Danger? came out of Will Ferrell having done [the Lifetime movie] Deadly Adoption,” Franco revealed at a TCA panel for his Hulu series 11.22.63 in January.

“Will told me that he was actually inspired by my going on General Hospital when he did that. Then Lifetime came to me and said, would I like to recreate one of their movies like Will did. I said yes, as long as I could change it a bit. It has some similar elements of the original but it’s completely revamped.”

Judging from the promotional photos, the emphasis is on “vamped” as it appears as though the plot involves high school students researching vampires and putting on some sort of bloody stage production: 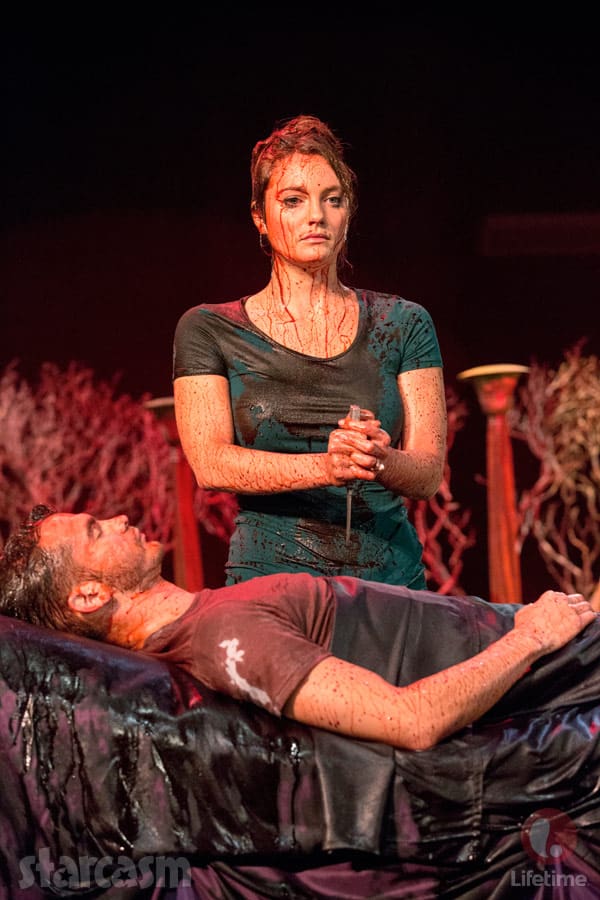 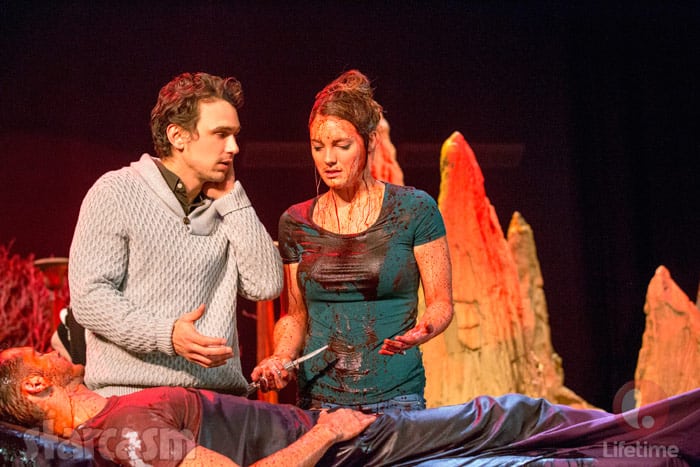 The vampire theme was seemingly confirmed by James on Instagram in January:

Get ready for some lesbian vampire magic? "MOTHER, MAY I SLEEP WITH DANGER" on #lifetime

Later in his TCA appearance, James emphasized that, unlike Deadly Adoption, Mother, May I Sleep With Danger? is not an ode to the network’s famous original movie oeuvre. “When I went on General Hospital, I didn’t want to change anything. I wanted to have the full soap opera makeover,” he said. “It sounded like Will and Kristen Wiig just wanted to have the Lifetime makeover. They just wanted to be part of the Lifetime world. I had kind of already done that, so when they asked me to do it I said I’ll do it if I can change it.”

He said, “You’ll have a very non Lifetime movie on Lifetime.”

You can see this very non Lifetime movie on Lifetime when it premieres on Saturday, June 18 at 8/7c. Also, the original 1996 version of Mother, May I Sleep with Danger? will be available beginning tomorrow on Lifetime Movie Club!

Here are a few more photos from the 2016 remake to wet your whistle: 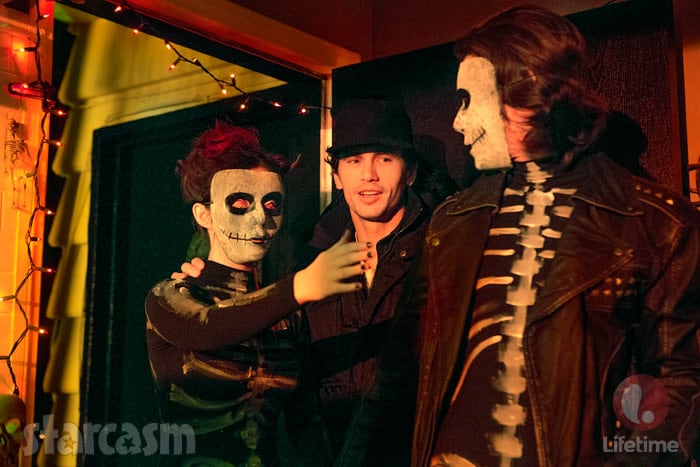 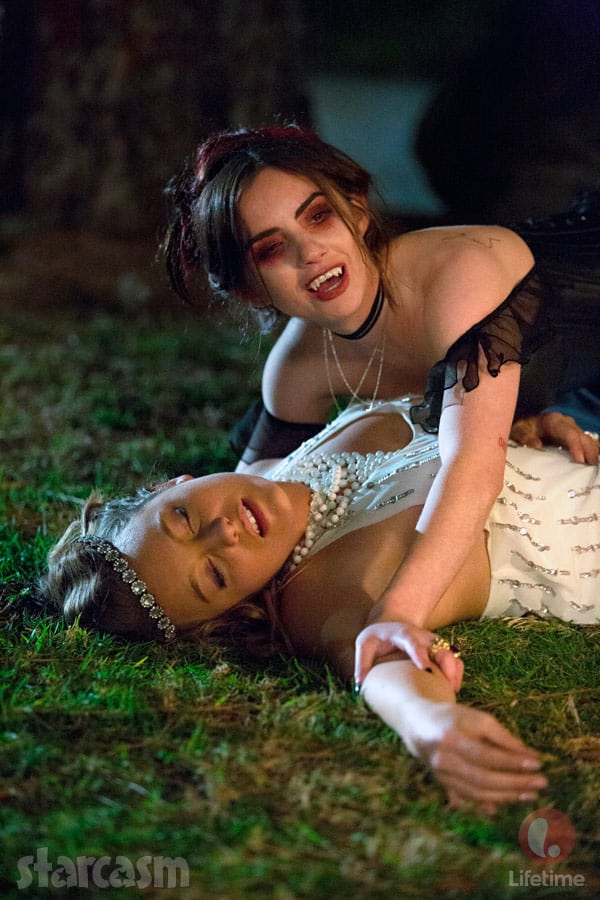 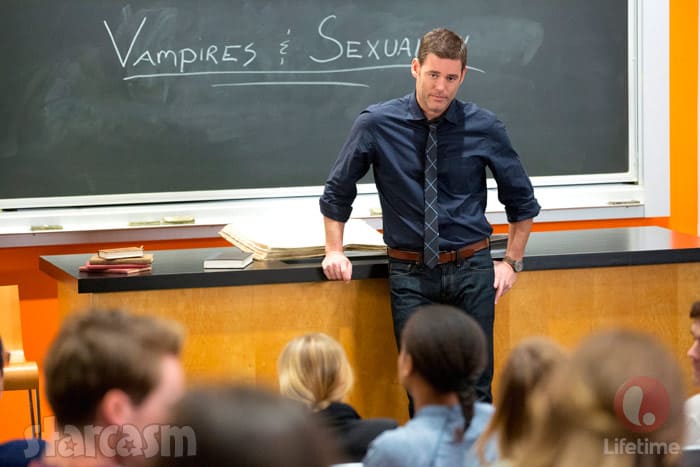 VIDEO What was Dean McDermott addicted to?