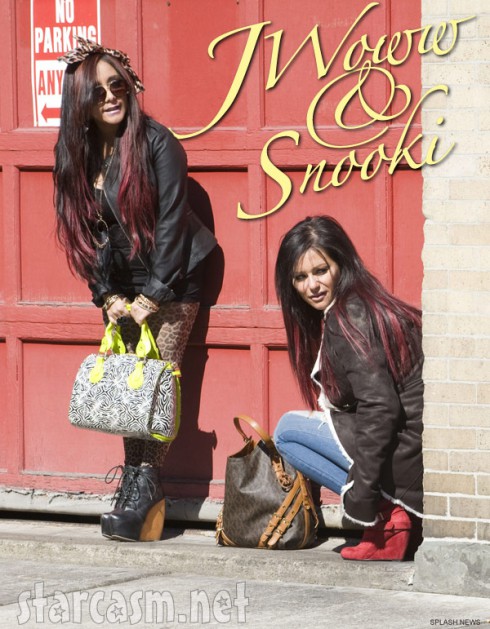 Just as Pauly D prepares himself for the premiere of his spin-off reality series The Pauly D Project, his cast mates Snooki and JWoww finally begin filming on their own reality show based in Jersey City. The show has been held up numerous times, most famously by the cities of Hoboken and Newark, New Jersey, who refused to grant filming permits to MTV because they didn’t want the negative publicity. 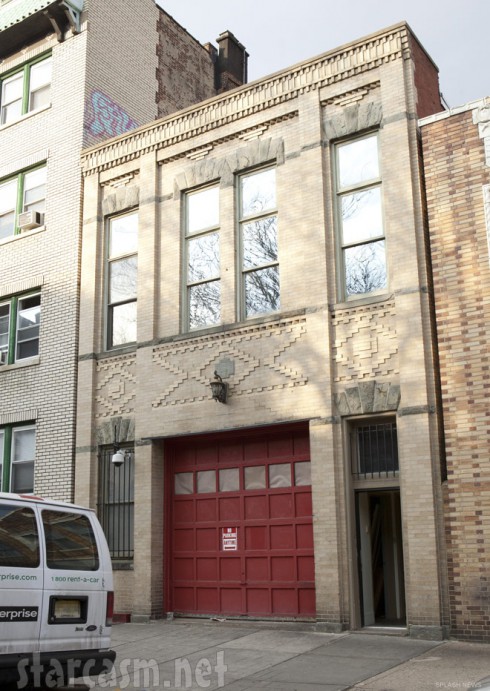 Meatball and Godesszilla were able to eventually find a home in The Garden State in an apartment building located at 36 Mercer Street in Jersey City. But, even Jersey City has a few holdouts, as local bars like Skinner’s Loft, Barcade and LITM have denied filming permits at their locations and the liquor store next door to the ladies’ apartment, Jersey Wine and Spirits, has posted a “No Snooki” sign in the window.

I write a lot of posts about celebrities and really try to avoid cliche responses, but all I can think to say abut Jersey Wine and Spirits hanging a “No Snooki” sign in their window is… Seriously? And there are bars taking the high road too? Businesses that sell alcoholic beverages don’t want anything to do with someone that gets drunk on TV? I guess it sort of makes sense. I suppose if there was some fat guy that ate cheeseburgers all day filming a reality show, McDonald’s might hang a sign in their window too. Or perhaps a head shop down the street from where VH1 was filming Snoop ‘n’ Willie with a sign that read, “No Willie Nelsons or Snoop Doggs Allowed!” (I would watch the hell out of Snoop ‘n’ Willie by the way!)

JWoww offered up her heart-broken take on the bar banning by tweeting, “Omg I’m crying over the bars that rejected us in jersey city. What am I gonna do Lmfao Ahh pathetic. Don’t wanna be caught dead in them anyways.”

Annnnnnnnnnnywaaaays… The gals finally got the ball rolling on their new show, which will apparently be featuring a third sexy hot beast: Snooki’s textured dark gray and pink trimmed Cadillac Escalade! 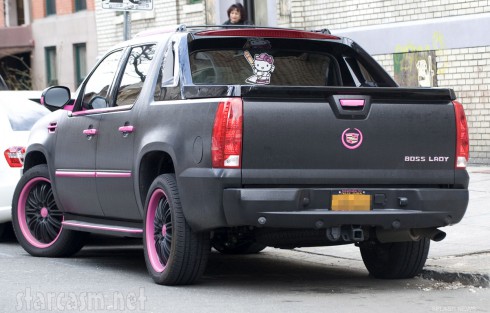 In addition to pink trim, pink rims, and a Hello Kitty sticker in the back window, the Snookillac (Or “Hello Caddy”) also has a custom nameplate on the tailgate that reads, “Boss Lady.” I dunno, but I think in New Jersey those could be fighting words! And even with JWoww at her back, I don’t think Snooki wants to get into a scrap with Patti Scialfa! (Mrs. Springsteen)

There’s still no word on what the title of JWoww and Snooki’s reality show will be. I’m just bummed the Newark thing didn’t work out because then it could have been Newarkin’ Girls. Now I’m thinking maybe just White Girl Problems.