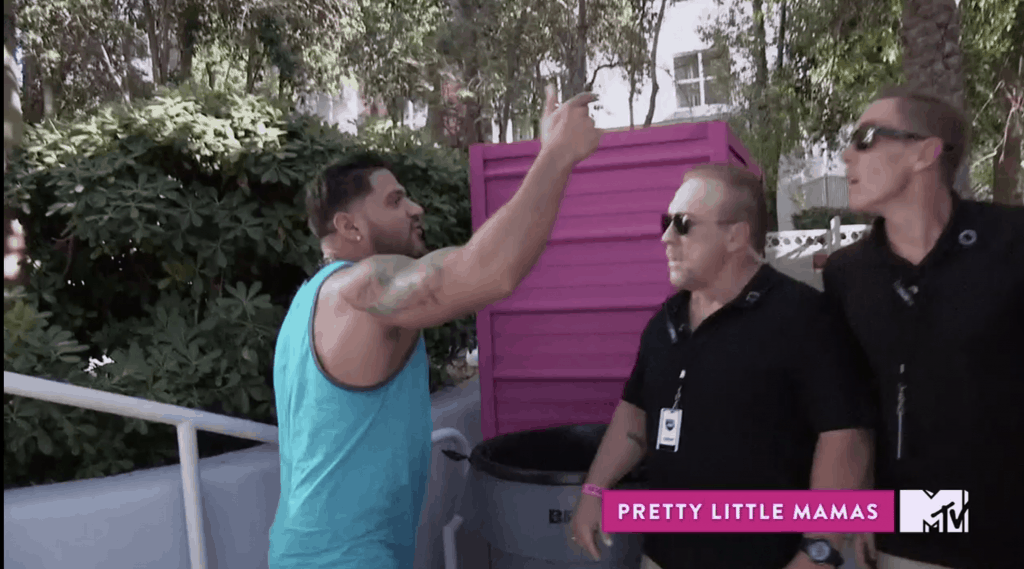 On the premiere episode of Jersey Shore: Family Vacation Part 2, Ronnie spirals emotionally after news that his on-again, off-again girlfriend and mother of his child might be going out with the group to party. Seemingly out of nowhere Ronnie got into a massive fight with a guy in the bathroom at the place where the castmembers were having a bit of a luncheon pool party.

Ronnie was surround by secrutiy guards as it looks like that situation might have easy escalated into to a physical altercation. 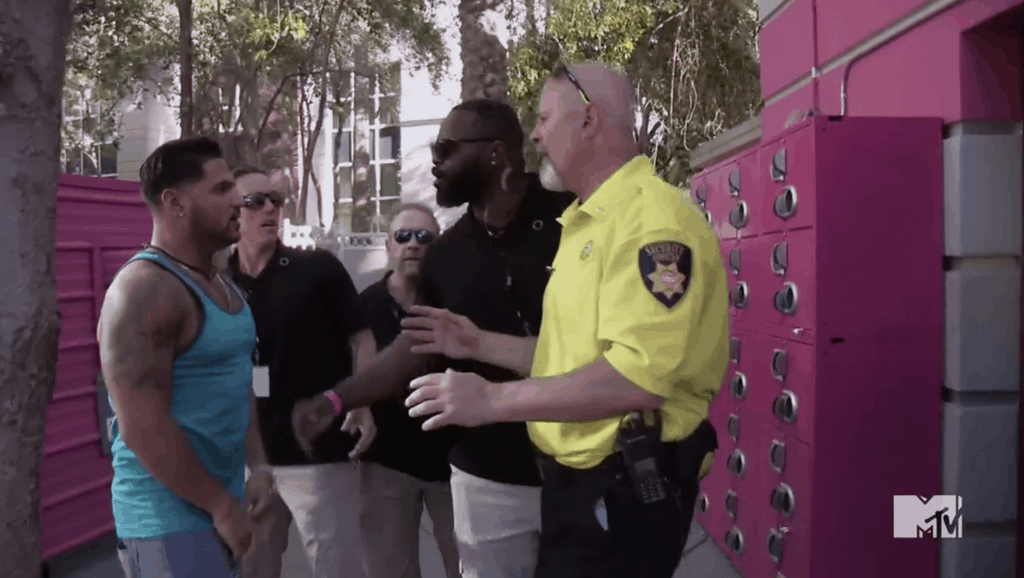 Later at the hotel Ronnie admits that his rollercoaster relationship with Jen is taking a toll on him. He says one minute they’re lovey-dovey and the next minute she’s ice cold and doesn’t want him to text her. It looks like she’s canceled plans to hang out with the Jersey Shore crew, which is a shame because they were all looking forward to partying with her since she’s no longer pregnant and can knock back a few drinks. 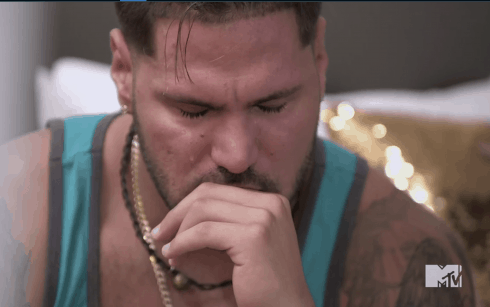 Ron says he’s “tired of fighting” and finds all the ups and downs “mentally exhausitng.” He ends up breaking down in front of Pauly D and The Situation, who offers some advice in the form of the Serenity Prayer, which The Sitch learned in 12 Step Recovery programs: “God grant me the Serenity to Accept the things I cannot change, Courage to change the things I can, and Wisdom to know the difference.” 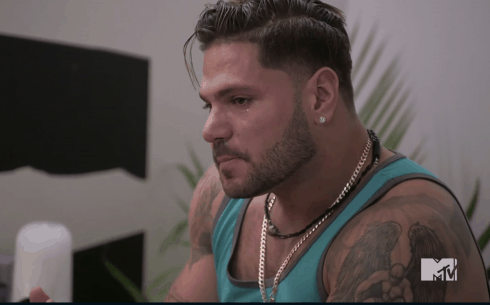 Ron later opens up that he’s scared of losing his daughter. He says in the past she’s taken their daughter Ariana to an unknown location for days after a fight.

The rest of the cast side with Ronnie after learning that Jen may be keeping his daughter from them. Jwoww also sides with Ronnie, but they get in a major screaming match when she tells Ron to “leave that crazy b!tch.”