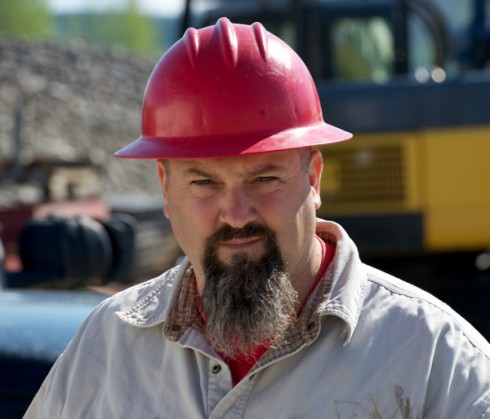 Before the bearded Robertson men of Duck Dynasty took the world (and Walmarts) by storm, there was another batch of bushy-mugged reality show relatives whose chinny-chin-chins never saw the light of day — Jack and Todd Hoffman of Discovery’s Gold Rush and Gold Rush South America! Pop Jack Hoffman has his immaculate North-Pole-suitable beard of fine white fluff, while son Todd Hoffman’s lengthy miner’s moss goatee has inspired awe and admiration in millions, and even has it’s own Facebook page.

You can see Jack Hoffman without a beard thanks to photos of him as a young man in the military, but Todd is a completely different story — leading some to ponder if perhaps he wasn’t born with whiskers. The chin broom is so inexorably linked to Todd’s visage that he has said in the past that when he retires from reality television he can just shave it off and no one will be able to recognize him. It’s a funny comment, but also not an inaccurate on.

We didn’t particularly care for the fact that we might bump into a bare-chinned Todd Hoffman at the mall some day and not realize we were standing in the presence of gold mining history, so we put our resident Photoshopologist on the task of creating an image of what Todd Hoffman might look like without his trademark goatee. He used the above promotional photo of Todd from Discovery and combined it with the chin of Breaking Bad‘s Dean Norris (seemed like a good match) to create this exclusive, never-before-seen picture of Todd Hoffman without a beard! 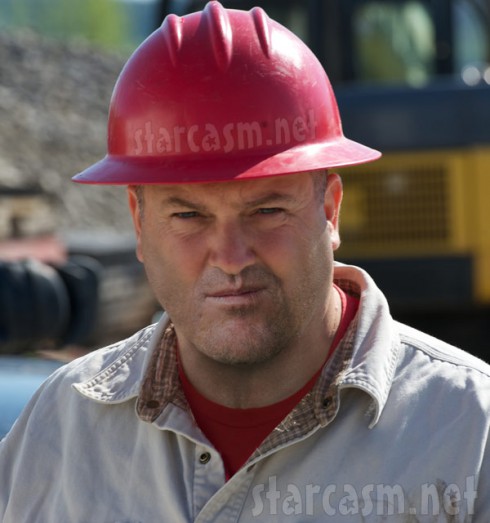 I absolutely have to confess I would never have recognized that dude in a million years! (Well, I suppose if he had his red hardhat on and I ran into him in Alaska or South America I might be able to make an educated guess.)

We thought about doing something similar to find out what Thurber might look like without his mustache, but we all agreed that some mysteries were meant to stay exactly that — and besides, doing something so unspeakable might bring forth demons from another dimension or some other similar horror-movie-inspiring punishment.

You can see Todd Hoffman (and his goatee) on Gold Rush Friday nights at 9/8c on Discovery.

GOLD RUSH What are Guyana diamonds worth?