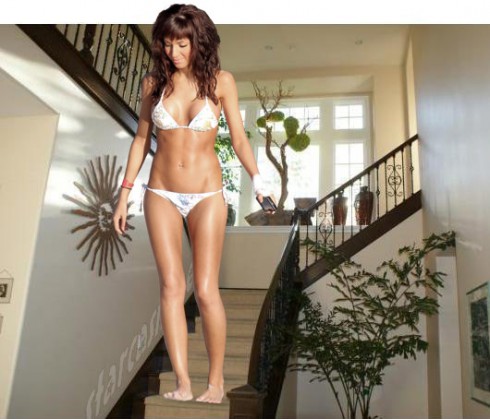 Farrah Abraham was recently spotted house-hunting in Calabasas’ The Oaks, an upscale neighborhood where celebrities such as Justin Bieber and Kourtney Kardashian live. Shortly after her visit, photos of her in the $3.3 million home were plastered all over the internet and the homeowners aren’t too happy about it.

“She took photos without our permission,” owner Eyal Erster told Celebuzz. “I wasn’t aware she was taking photos inside our house and I wasn’t aware they’d be published where they did.” 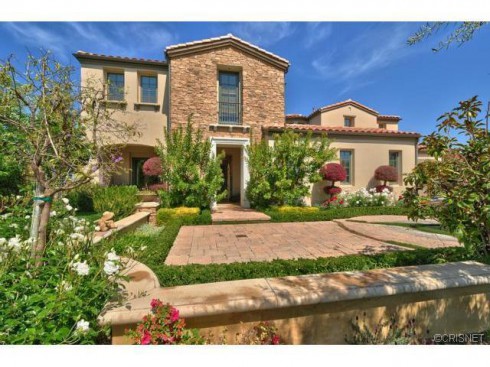 TMZ was the first to publish the pics, announcing that Farrah was interesting in purchasing the 5-bedroom, 6 bathroom home for herself and daughter Sophia to live in while filming her upcoming reality docu-soap. In the photos (there were 24 — and no, the photo at the top of this post isn’t one of them and is a product of Photoshop), Farrah is seen outside and walking all through the home, even posing on an ottoman in their walk-in closet. Sadly, there doesn’t appear to be a picture of her using the backdoor. 😉

“I wasn’t happy. It would have been nice if she asked us if it was okay and then to post it, but she didn’t,” added Anat Erster. “When the appointment was made they said she was a celebrity, but wouldn’t give her name for confidentiality. It’s quite standard that celebrities look at homes in The Oaks, and some like us to sign confidentiality agreements. So we trusted the realtor.”

As for the possibilities that Farrah could have been doing it all for publicity (or for a chance at a Bieber sighting), the homeowner says, “She wouldn’t be the first and she won’t be the last.”

Farrah has not yet put an offer in on this home, nor has she been in contact with the seller since her visit.

PHOTOS Teen Mom Amber Portwood moves out of her apartment, MTV films away