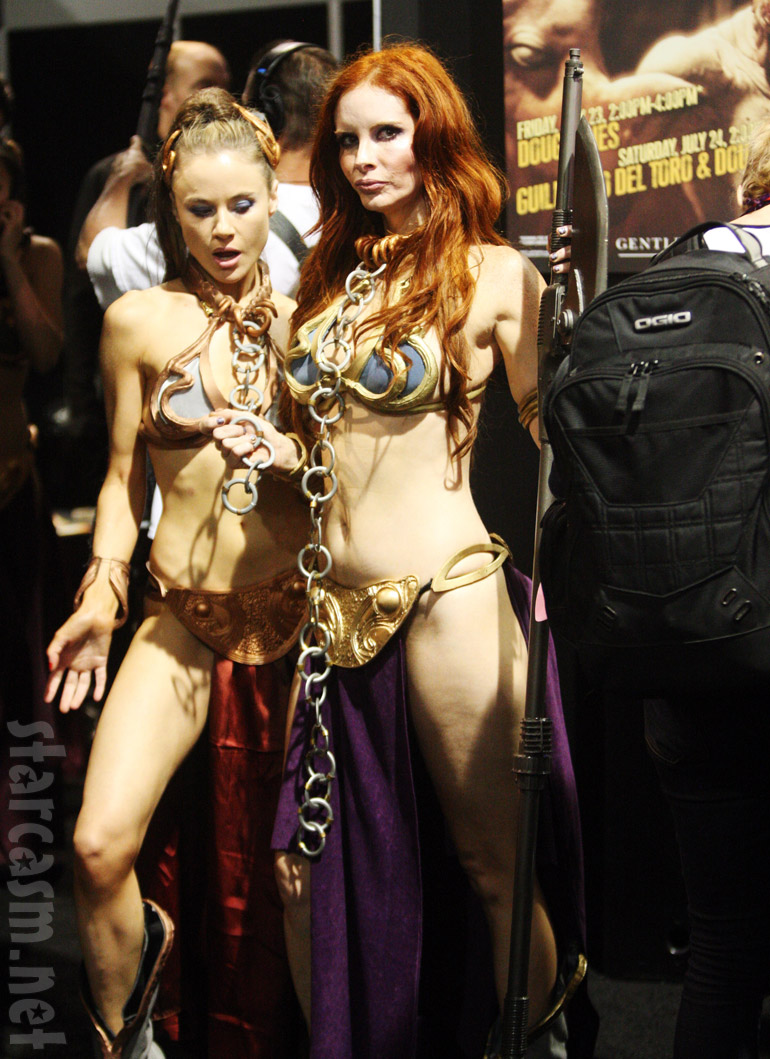 The incomparable red-headed ray of sunshine that is Phoebe Price unleashed her lens-consuming glory on the poor, unsuspecting folks at Comic-Con Friday, packing her long and leggy flame-topped self into the two most intimidatingly sexy female costumes known to geekdom: Princess Leia and Wonder Woman.

That’s right, never one for understatement, Phoebe refused to accept the notion that Princess Leia versus Wonder Woman was an either/or decision, deciding instead that the world could have it’s geek-fetish Phoebe and eat it too! What? I don’t know what I’m talking about. Just like the Phoebe Price career-launching blogging guru Michael K. over at D-Listed, I can’t seem to talk about Phoebe Price without my language devolving into a soupy mass of superlatives and hyperbole.

My thousand words can’t compete with those of Phoebe’s pictures so I will shut up now. Here is Phoebe Price, along with some unattractive and attractive friends, dressed as Princess Leia and Wonder Woman at the San Diego Comic-Con 2010…