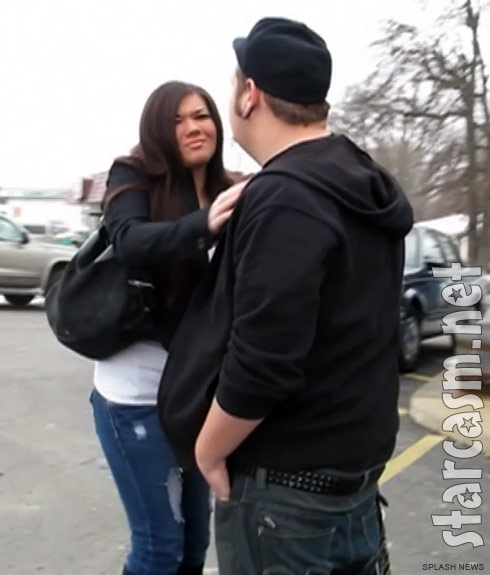 In an earlier post I mentioned that Amber Portwood is reportedly dating Adam Dockery, an aspiring tattoo artist that works at the Studio X tattoo parlor where Amber Portwood got her infamous Leah tattoo. Now we have the first photographs of the couple together!

In the pictures you can see Adam and Amber leaving Studio X and then hugging in the parking lot. According to the photographer for Splash News, Amber dropped her car off for Adam and then left with a friend to go shopping. 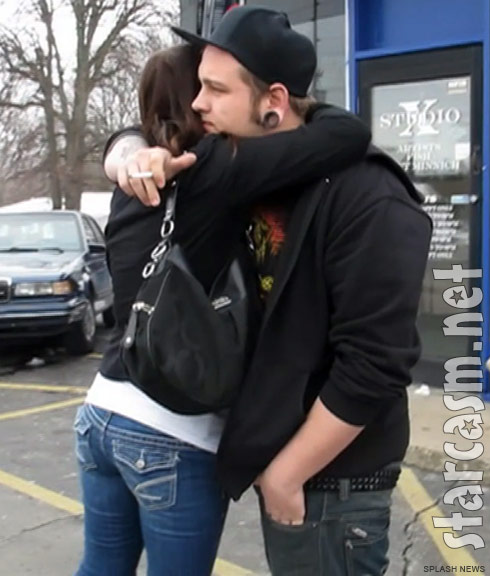 What seems strange about the affectionate encounter is the timing, given the fact that Gary Shirley just posted a video of himself and Amber being quite intimate while singing along to ’80s songs. When I saw that video I assumed Gary and Amber were back together so perhaps this is just an innocent hug between friends?

One thing I think it does clarify is that Adam Dockery probably isn’t the one who stole the nude photos of Amber from her cell phone and sold them online because if it was him I don’t believe he would still be standing and Amber certainly wouldn’t be hugging him! 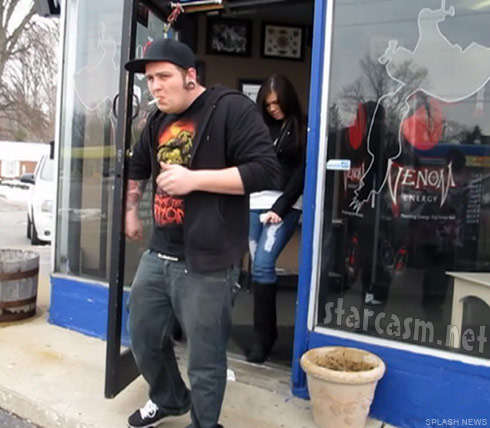 Let it be known that starcasm.net is the first to dub this new celebrity couple: Adamber!