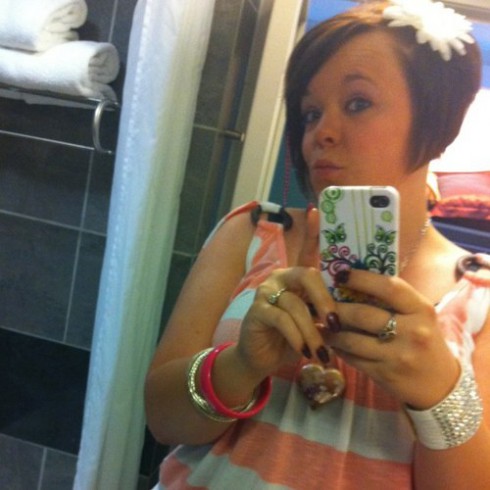 The closer we get to the Teen Mom season 3 premiere date of July 5th the quieter the girls and MTV seem to be getting! We’ve already been given the full trailer preview and there is of course the sad situation of Amber Portwood and the fact that she’s currently in rehab. As for Catelynn Lowell, Maci Bookout and Farrah Abraham they’ve done a good job of staying out of the news cycle leading up to Season 3.

As part of this mystery build up Farrah, Maci and Catelynn are all hanging out together in New York City but they’re being elusive in regards to the nature of their trip. Here are the tweets from the girls who just so happened to be in the NYC following the monster news that the state has legalized gay marriage.

Farrah and Maci were both obviously excited about the festive atmosphere in the big city. Farrah tweeted the following photo of the gay pride parade with the tag, “Happy 🙂 “: 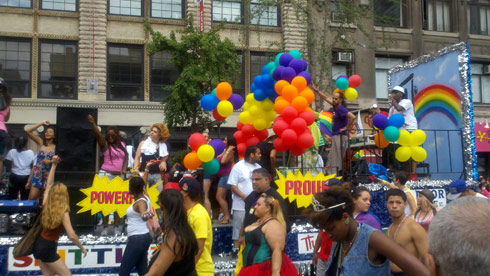 And here’s Catelynn’s confirmation that the girls are together:

One of Catelynn’s fans straight up asked her what the gals are doing in the Big Apple and she kept up the stonewall:

Catelynn didn’t confirm anything to us, but she wants her fans to know how much she loves all of you!

UPDATE – All indications are that the girls are there to record an after show special on Tuesday and Wednesday – which I’m sure will be a pretty sad affair with the glaring absence of Amber. Anybody going to be at the taping? Let us know what happened! 😉 (It should be noted that the girls already filmed their Season 3 reunion special with Dr. Drew in Los Angeles.)

Tina Fey’s new show is coming to Netflix in March