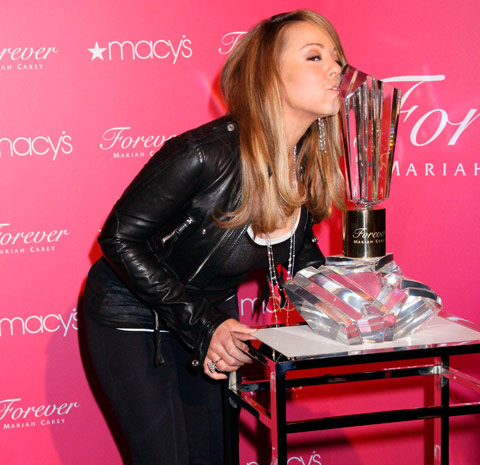 Singer/actress Mariah Carey has been under fire of late after canceling appearances on VH1 Storytellers, The Today Show, The MTV Video Music Awards and receiving her star on the Hollywood Walk of Fame – not to mention the fact that she has pushed back the release date of her new album Memoirs of an Imperfect Angel two times after the first two singles stunk it up in sales and reviews. (In yet another indication that her label is concerned about sales of the record when and if it ever actually comes out, they’re running a special on amazon now where you can buy the entire album download in advance for only $5.99.)

BUT, Mariah Carey has been getting a very positive response from fans and critics alike for her acting performance in the movie Precious, so not everything is looking down for the once-powerful pop queen! Oh, and the release date on her new fragrance “Forever” wasn’t pushed back either, making its debut (with Mariah in attendance) at Macy’s Herald Square in New York City on September 29, 2009.

Check out these photos of Mariah and her new smell! 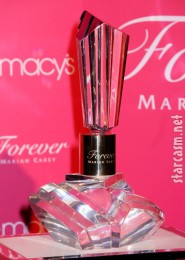 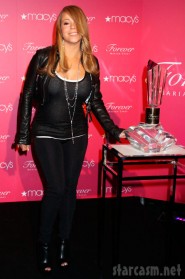 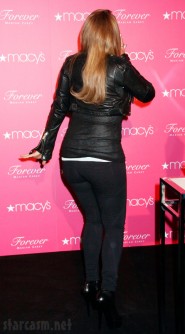 I dunno about that bottle – I much prefer Kim Kardashian’s badonkadonk-inspired design, although Mariah’s derriere is looking like it could have inspired ‘Bunforgettable’ as well! Don’t believe me? Check out this zoomed in view of Mariah Carriere:

VIDEO Mariah Carey announces Vegas residency — how much will she make?