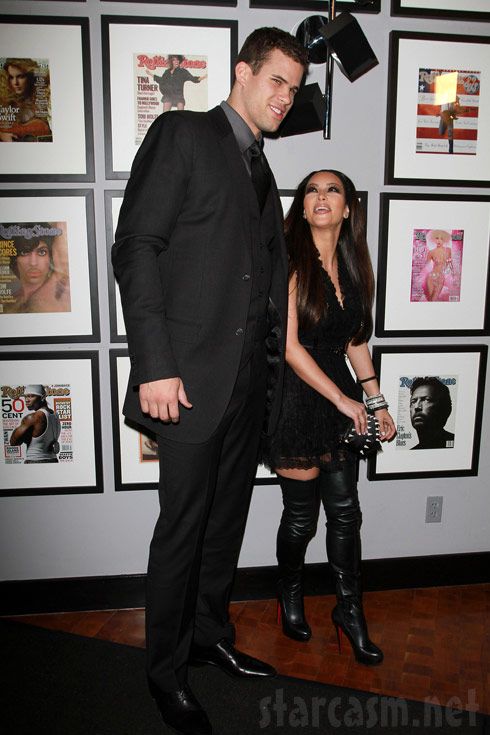 Normally it’s a good thing to have a significant other you can look up to, but Kim Kardashian may be taking that notion to the extreme by dating NBA player Kris Humphries! 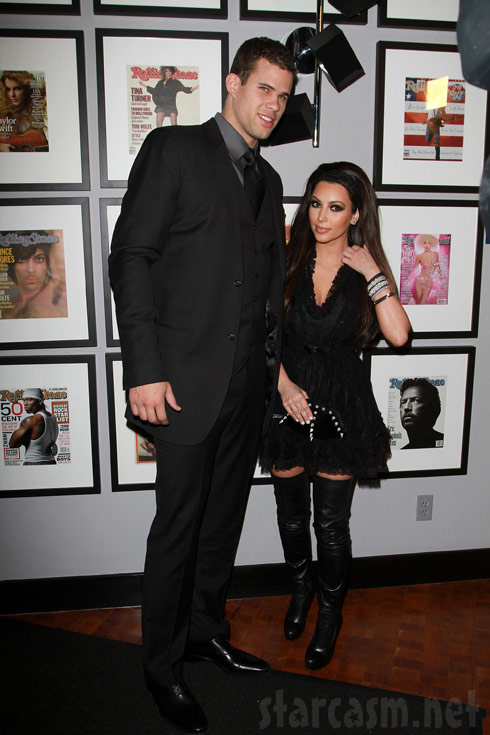 UPDATE! Kim and Kris are engaged! Click here to learn about their engagement details and catch a glimpse of Kim’s ring.

I always thought Kim Kardashian’s super-fine awesomery was pretty much unassailable, but I have to confess that I’m a little turned off by Mini-Me Kim. (I’m showing great restraint by not referring to her as Lil Kim, but I – and other bloggers – can only be expected to hold out for so long!)

And speaking of so long, Kim Karmunchkin is wearing some serious Louboutin high-heelage and she still looks as though she’s waiting for her twin to come along so they can summon Mothra!

Just to put things in perspective (literally) here is a shot of Kim by herself: 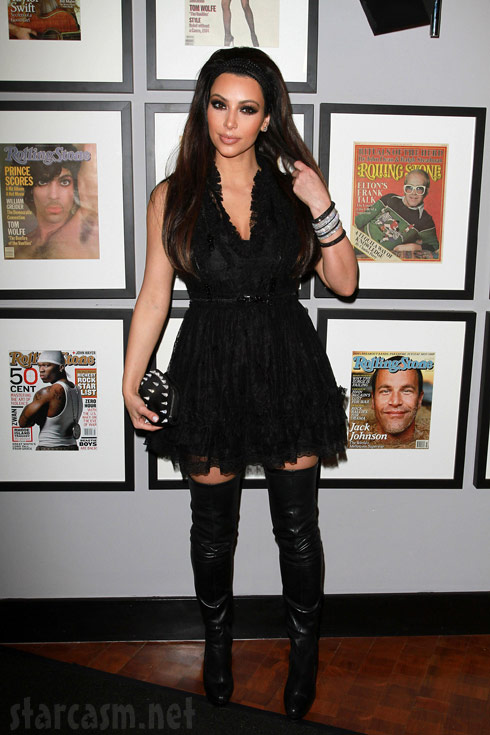 Dayumm! Now that’s what I’m talkin’ about! (Speaking of diminutive, do not stare too long at the Prince Rolling Stone cover in the background – you may not recover.) (The same can be said for Kim.)

I don’t want to come across as a heightist, and I’ve got nothing against Kris Humphries and his successful-so-far bid at being the happiest man in America, but there’s no way I can continue to succumb to the Kimmy K sexual mojo if she continues to represent the Lollipop Guild.

Not everything Kim Kardashian touches turns to gold; her book, Selfish, is an official flop