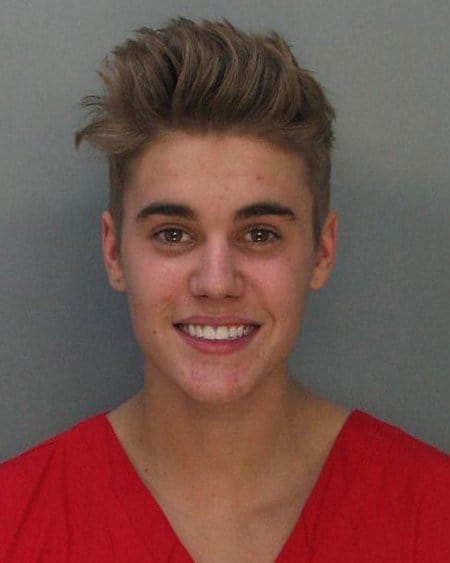 Like many young people who find fame and fortune early, Justin Bieber struggled with dangerous drug abuse. Thankfully, he did have people looking after him, still there is often little people close to the situation can truly do unless the person struggling wants help for themselves. Scooter Braun opened up to Van Lathan’s The Red Pill Podcast about the a time in Justin’s life where he feared he would die in his sleep from an overdose every night because of his severe drug use.

He said that Justin wanted to put out music and tour during this precarious time, but Scooter did not allow it because he feared it would escalate the problem. Justin would “yell and scream” at Scooter over not touring, but he held firm. “I made a promise to him when he was 13 that I would never give up on him. I plan on keeping that promise,” Scooter says about his devotion to the pop star.

Most likely Scooter was speaking of a period around 2014 when Justin was arrested for a DUI. In January, 2014 he was cited for drag racing a Lamborghini in Miami Beach while under the influence of marijuana and prescription medication. His charges also included resisting arrest and driving on an expired license. Just days prior to the DUI Justin’s house had been raided because he was a suspect in an egging incident that caused his neighbor’s house $20,000 in damage.

At the time The Hollywood Reporter claimed the prescription medication Justin was on was a cough syrup containing the opioid codeine. Known also as “sizzurp,” “purple drank,” and “lean,” this liquid form of opiod is popular with some rappers and is often mixed with soda and/or flavored with candy like Jolly Ranchers. Lil Wayne has been very open about his use of “drank,” he’s rapped about his love of the drug on numerous songs and his use of the drug has been linked to his numerous hospitalizations from seizures over the years.

Justin compared the narcotic to love in a 2014 song. “We Were Born for This” includes the line “but the boys and girls they don’t know what love is like / love is like appreciation mixed in a double cup of Sprite.”

How did Justin turn his life around?

Scooter says one day Justin decided he was done with that life. “I think he made a conscious choice for himself to change,” Scooter says. “I think for a year and a half I failed miserably trying to help him, because for year and a half he didn’t change…It wasn’t until one day he woke up and said, ‘Hey I need to talk to you, I don’t want to be that person anymore.'”

The now 24-year-old Justin started taking more responsibility for himself and got on a healthy path. He’s currently engaged to Hailey Baldwin and living his best life.

I LOVE THIS because it reminds me IM NOT EXACTLY WHERE I WANT TO BE BUT THANK GOD IM NOT WHERE I USED TO BE!! THE BEST IS YET TO COME DO YOU BELIEVE IT?