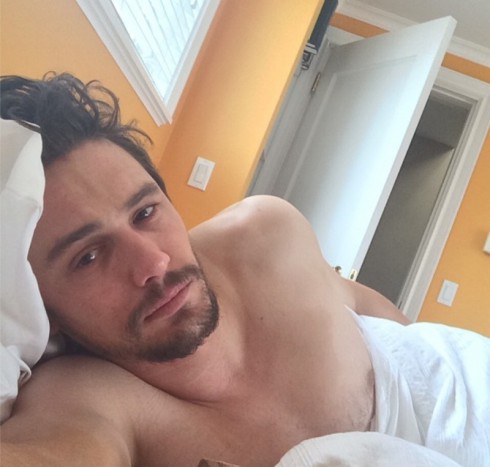 Ever since the days of Freaks and Geeks, I’ve been a pretty big James Francophile. I watched his movies, actually approved of his Academy Award hosting gig and took up for him when he made questionable comments.

I’m saying that to demonstrate how truly difficult this is for me… But, ever since private messages between him and a 17-year-old girl were leaked earlier this month, James hasn’t done much to help his image.

In large part, James’ new social media posts don’t have anything to do with the Instagram scandal. (He promptly apologized for that.) Sure, there have been a few more bedroom selfies than average, but that isn’t too strange for Franco followers.

What’s really grinding some gears is James’ mean response to a New York Times critic who recently reviewed the Of Mice and Men Broadway show.

Linking to a more favorable review, James said (in mostly all caps), “Sadly Ben Brantley and the NYT have embarrassed themselves. Brantley is such a little b**ch he should be working for Gawker instead of the paper of record. The theater company hates him, and for good reason, he’s an idiot.”

He’s since revised the post to only include the positive link. Unfortunately, as is the way of the Internet, it was already screen captured by Variety‘s Richard Lawson. 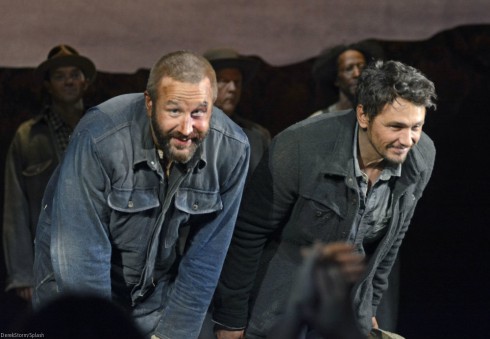 To be fair, New York Times‘s Ben Brantley wasn’t exactly effusive with praise in his review of the show, which also stars Chris O’Dowd and Leighton Meester.

“Its two undeniably talented leading men, though known as quirky and adventurous screen stars, here wear their archetypes like armor,” Brantley said of James and Chris. “Neither actor overplays, which is considerate, but they do remain largely monolithic.”

Then again, Brantley’s review wasn’t exactly cruel. So, when it inspired such a harsh reaction from James, the actor was the one who looked a bit ridiculous. Plus, coming from one of the guys who’s openly mocked Kim Kardashian and Kanye West twice this year, shouldn’t he be able to deal with a taste of his own medicine? Hopefully revising the message demonstrates he took a second to calm down and realize that.

James Franco admits to texting teen Lucy Clode, but is it all a hoax?