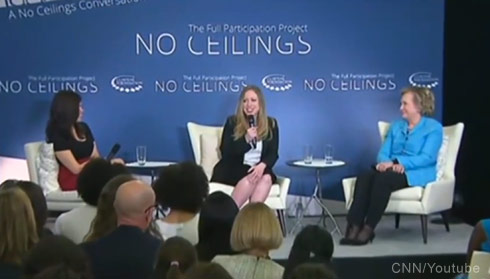 Former first daughter Chelsea Clinton announced she is pregnant earlier today at a No Ceilings event in New York City, which Chelsea hosted along with her mother, former Secretary of State Hillary Rodham Clinton.

“Marc and I are very excited that we have our first child arriving later this year and I certainly feel all the better, whether it’s a girl or a boy, that she or he will grow up in a world full of so many strong female leaders,” 34-year-old Chelsea said.

“I just hope that I will be as good a mom to my child and hopefully children as my mom was to me,” she added.

UPDATE – Chelsea shared her announcement and thank yous on Twitter:

Marc and I are so thrilled to be expecting our first child in the fall! Thank you for all of the kind words!

Here’s a photo of Chelsea Clinton speaking at the Apple Store in SoHo, NYC last month: 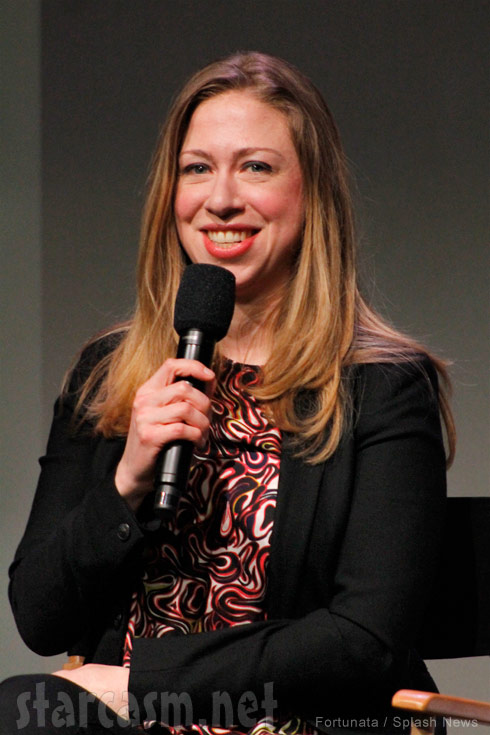