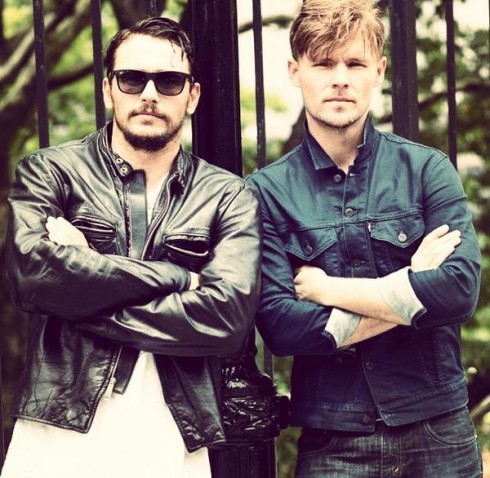 In a new interview with The New York Times, writer/director/actor James Franco spoke about his various projects. Then he casually mentioned he’s living with Scott Haze, who stars in James’ Child of God adaptation. (Pictured together above.)

“We live in the same place,” James coolly revealed when an assistant tried to direct him and Scott to two different cars at the end of the interview.

The quote was dropped at the very end of the New York Times story without further comment. However, before the bombshell, reporter Jacob Berstein carefully noted that James and Scott “are now so close that describing them merely as friends would be a disservice.”

So, does that mean James Franco is gay or bisexual? Those questions have floated around since he portrayed a 17-year-old in a relationship with an older man in 2002’s Blind Spot. He later played gay characters in Milk and Howl.

“Some people think I’m gay because I’ve played these gay roles. That’s what people think, but it’s not true,” he told Advocate in 2010. “I’m not gay. But on another level, there’s something in me that is able to play roles like that in a way that’s convincing.” 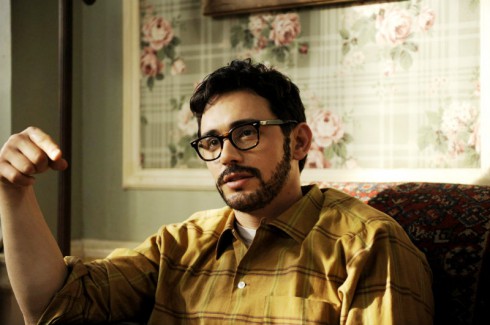 The following year, he told Entertainment Weekly “there are lots of other reasons to be interested in gay characters than wanting myself to go out and have sex with guys.” He added, “Part of what I’m interested in is how these people who were living anti-normative lifestyles contended with opposition… Or, you know what, maybe I’m just gay.”

More recently, he told Daily Beast in 2013 that it probably would be easier if he was attracted to men.

“I don’t even care if people think I’m gay,” he said, responding to the many jokes about his sexuality during a Comedy Central roast. “So it was like, ‘Awesome!’ I mean, I wish I was… I wish I was gay.”

He also seems to believe sexuality is fluid: During his solo art show at NYU in 2009, he included a video monologue where he said, among other things, “We’re all gender-f**ked — we’re all something in between, floating like angels.”