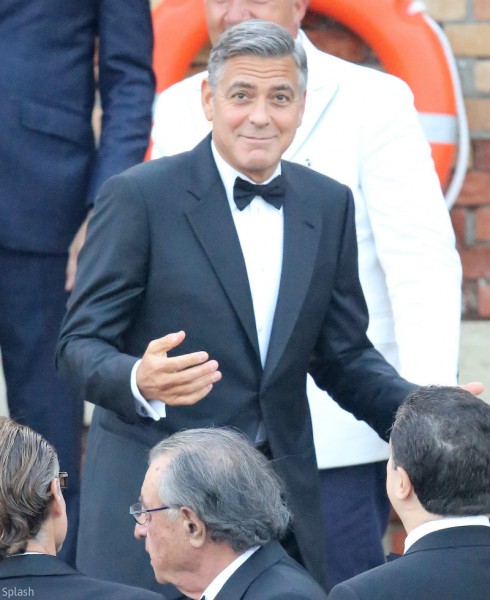 George Clooney is the most eligible bachelor no more as he officially tied with knot with Amal Alamuddin in a twilight ceremony today.

“George Clooney and Amal Alamuddin were married today in a private ceremony in Venice, Italy,” his representative said in a statement, according to People. The magazine added the wedding took place at the Aman Canal Grande luxury resort. 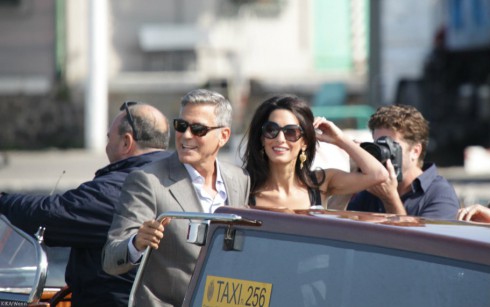 George, 53, and Amal, 36, made quite an entrance into Venice this week by a water taxi. The same was done today as George and the guests were ferried to the private resort on luxe boats, providing for plenty of photo opportunities with the visibly joyful groom (at top) and others. Among the notable names were George’s friends Matt Damon, John Krasinski, Bono, Cindy Crawford and Bill Murray. (You know that resulted in a good party!) 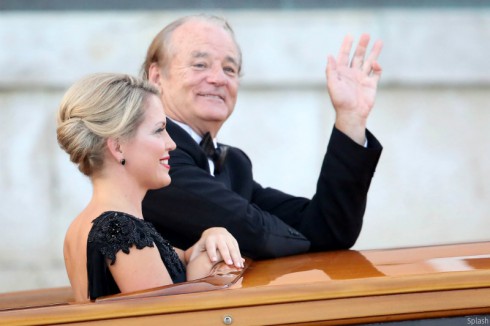 Unfortunately, we’re still awaiting the first look at Amal’s wedding dress. She reportedly stayed at the resort the night before along with her bridal party.

Once all the guests were in place, George and Amal were married by Walter Veltroni, the former mayor of Venice.

“I would just like to say to my bride-to-be, Amal, that I love you very much,” the Oscar winner said during a speech. “I can’t wait to be your husband.”

JWoww is pregnant again! Oh, and she got married to Roger Mathews too

Excuse #1 to do the Carlton dance: Alfonso Ribeiro got engaged!