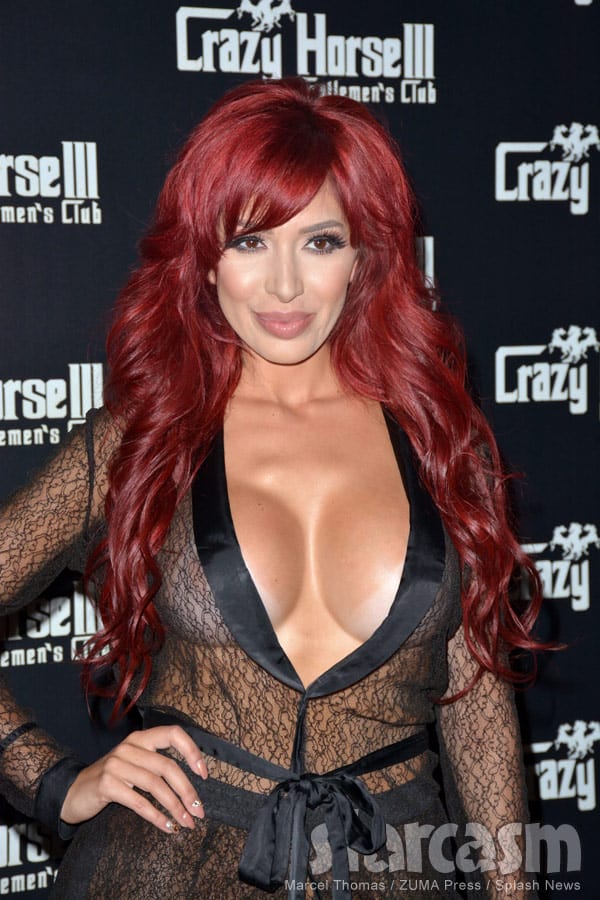 Last night Farrah Abraham served as the celebrity host of the Crazy Horse III Backdoor Key Party in Las Vegas, and the Teen Mom OG star surprised everyone by arriving with red hair! She was also wearing a super sheer see-through lace outfit that left little to the imagination, but that wasn’t as surprising as the hair. 😉

Here are a couple full-length looks at the new red headed Farrah — you’ll have to click the back view photo for the uncensored image: 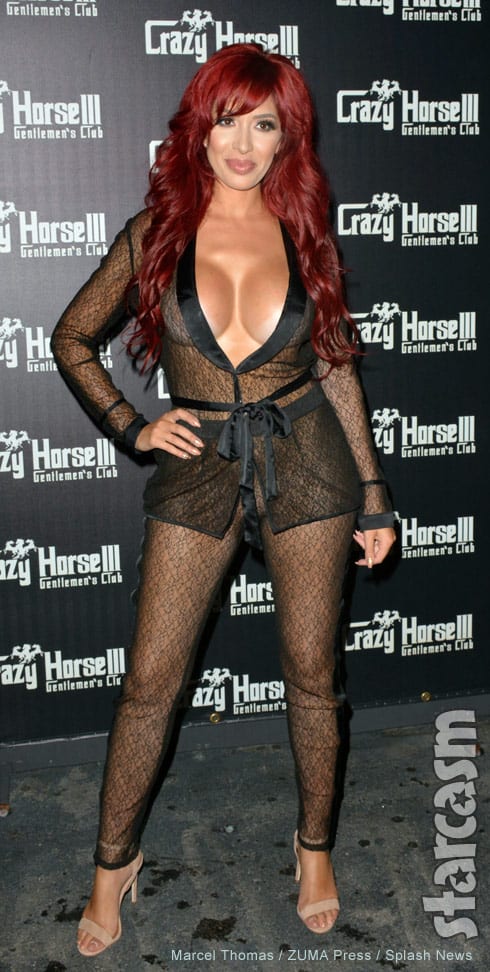 Farrah teased her new ‘do on Instagram while she was at Hottie Hair Salon in Las Vegas prior to the event. She even took a little dig at ex Simon Saran by describing her new locks as “Single Revenge Hair:”

What color should I color my hair ? Single Revenge Hair ?? Tell me what color @hottieextensions @vegas @crazyhorse3lv

Hottie Hair stylist Crystal Frehner posted before and after photos of blonde and red-headed Farrah as well as a photo of Farrah strutting her scarlet stuff leaving the salon: 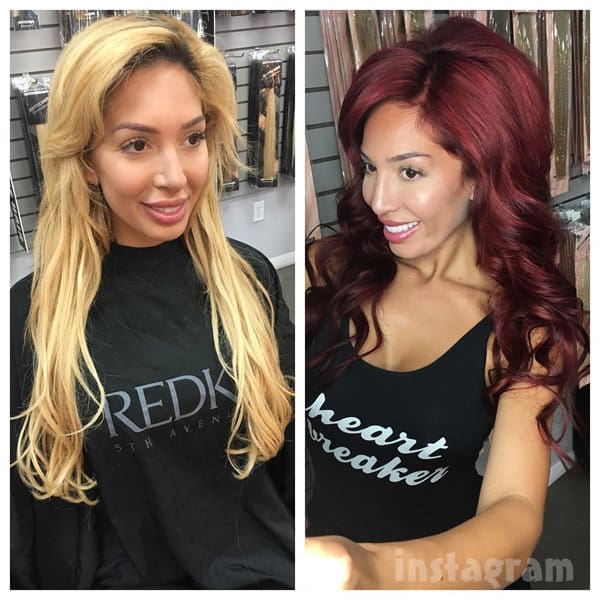 Meanwhile, it seems that the party peeps at the Crazy Horse III didn’t get the memo on Farrah’s crimson makeover; they had cutouts of Blonde Farrah on hand for the shindig:

In our previous post about Farrah hosting the party we had a little fun with the fact that it was a “Backdoor Key” party given Farrah’s infamous “Backdoor Teen Mom” video. It seems Farrah had a sense of humor about the whole thing, too, as she playfully modeled her famous backdoor along with an inflatable key: 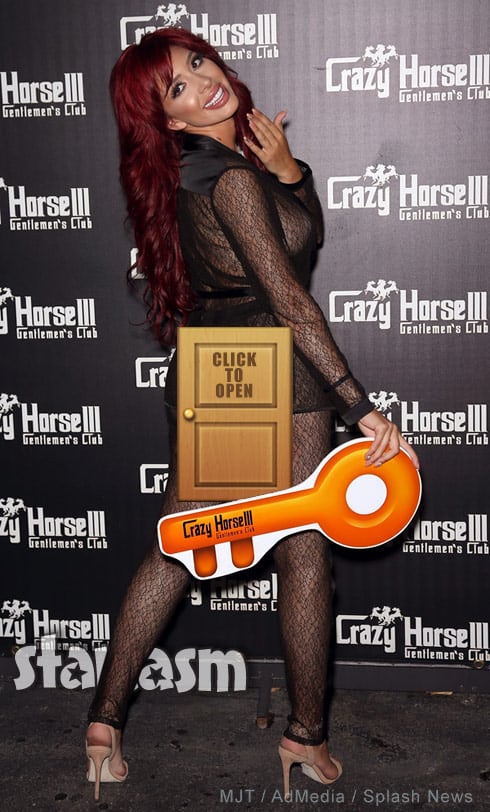 Given Farrah’s sheer fashion choice, it’s pretty obvious why she opted to have that butt lifting procedure last week! And given the lack of coverage on her front door, it was probably wise to get that vaginal rejuvenation as well. 😉

So what do you think of Farrah’s reddy-teddy look? While you try to articulate your opinion, here is a parting gallery of Farrah letting her inner Crazy Horse out to run at the party:

We fell in love last night over and over with freshly single bombshell @farrah__abraham at our #BackDoorKeyParty who had an absolute blast turning up with the #ch3girls! ?? #boybye