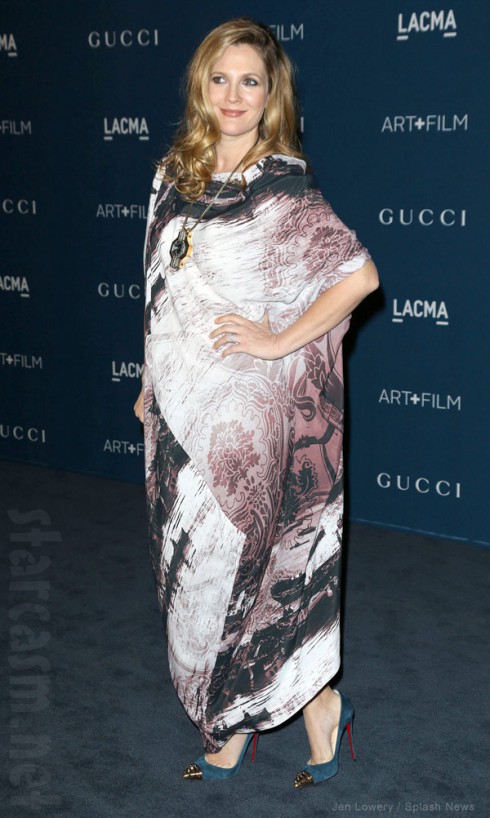 Drew Barrymore is now officially Drew Babymore! Her rep confirmed the news earlier today amidst much speculation that Drew was pregnant again after the 38-year-old actress appeared to be trying to hide a baby bump under a flowing dress while making a red carpet appearance at the LACMA Art+Film Gala honoring Martin Scorcese and David Hockney on Saturday, November 2. (Photos above and below) 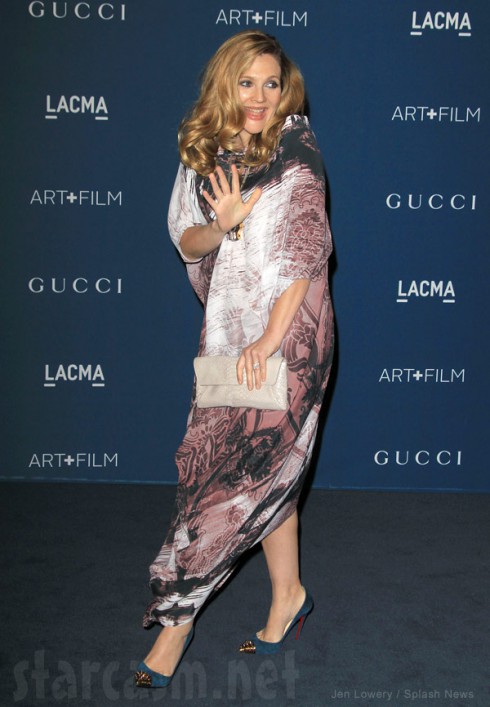 The child is Drew Barrymore and husband Will Kopelman’s second and will be the younger sibling of their first child, daughter Olive Barrymore Kopelman, who is just 13 months old.

Drew getting pregnant again so soon comes as no surprise as she revealed on The Tonight Show with Jay Leno last month that she “very much” wanted her daughter Olive to have a sibling. “Right away, yes,” she added.

Congratulations to Drew and Will! And we’re totally on board with her wanting to grow her family — The Barrymore the merrier right? 😉

Lindsay Lohan is pregnant, according to Michael Lohan