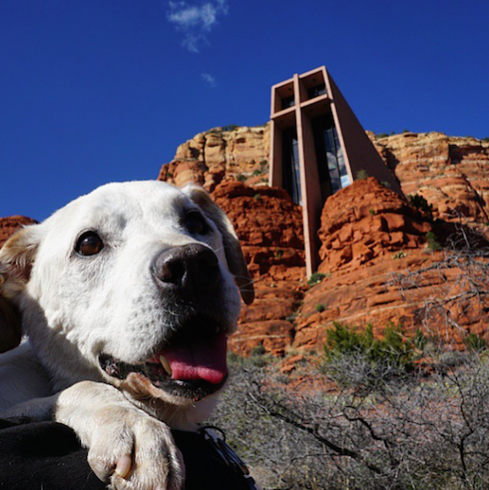 Poh is a 15-year-old yellow Labrador from New Jersey. He has terminal cancer, a “softball-sized” tumor on his liver, and several smaller tumors around his kidneys, and, upon the initial diagnosis of his problems, was given only a few days to live.

So, owner Thomas Neil Rodriguez did what we should all do when faced with such dire circumstances: He took a leave of absence from his job, swept up his adorable pup, and embarked on final, glorious dog road trip. 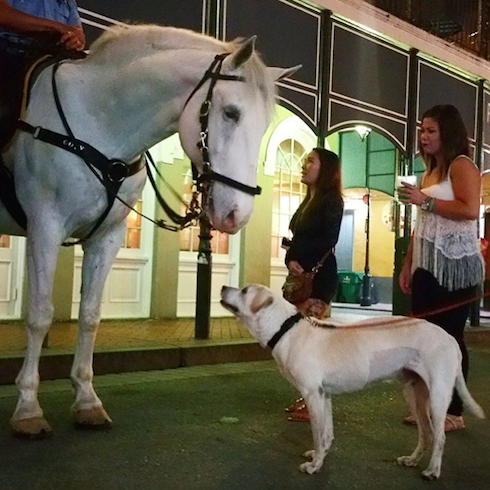 “The doctor told us it may only be a matter of days,” Rodriguez said, “so we thought we could stay home and wait for the inevitable or we could go enjoy life as much as possible.” 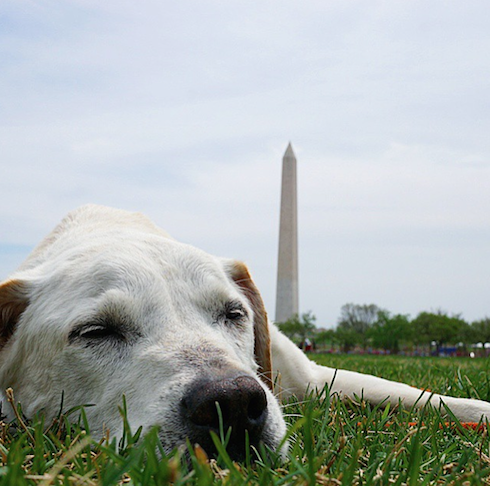 And–initially–the scale of the trip was quite a bit smaller than what it turned out to be. “I always wanted to bring Poh to the West Coast so he could swim in the Pacific Ocean. That turned into a seven-week trip. We ended up hitting 35 cities.”

Rodriguez, for the benefit of all our souls and detriment of our tear ducts, is nothing if not a meticulous chronicler. He started an Instagram account for the journey–you can check it out at pohthedogsbigadventure–and has since flooded the site with wonderful shots of Poh enjoying his doggy life all across America. 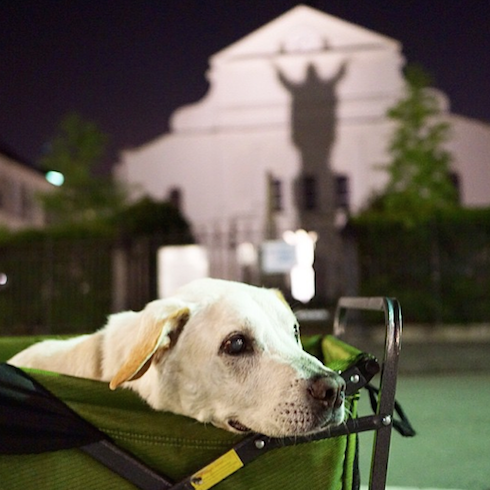 Rodriguez says he was a little worried, at first, about how Poh would adjust to life in the car–especially since he, his fiancé Yuko, and Poh wound up logging over 12,000 miles. “Fortunately,” though, “[Poh] has no problem in the car. By the end of the trip, we had figured out the right supplements to give him, the right meal to give him, and he loved it as far as I could tell.” 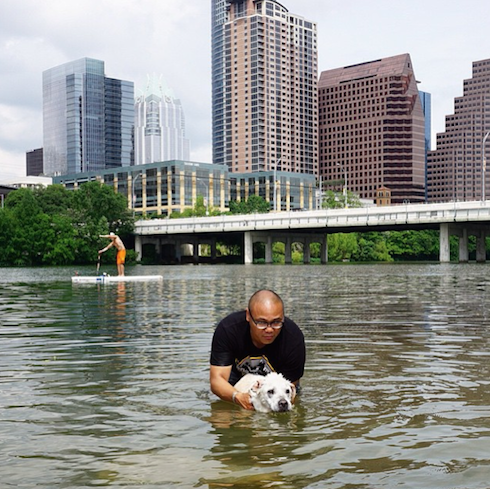 The whole trip turned out to be envigorating for Poh, who bounded out of the car at every stop:

During the trip, people would often say, ‘Oh, he looks tired, can he make it? Is it good for him?’ Every dog is different, every situation is different, but I think he loved it. When we were on the road, of course he’d be tired–he’s old–but the second he got out of the car, he would go explore and want to see and smell things and be outside, instead of just lying down around somewhere….Some of the beaches would be far, it would be a good half-mile walk to get to the water, and I would have to carry him. But after being in the water, he would run back to the car! As silly as it might sound, I think the trip was really great for his spirit. 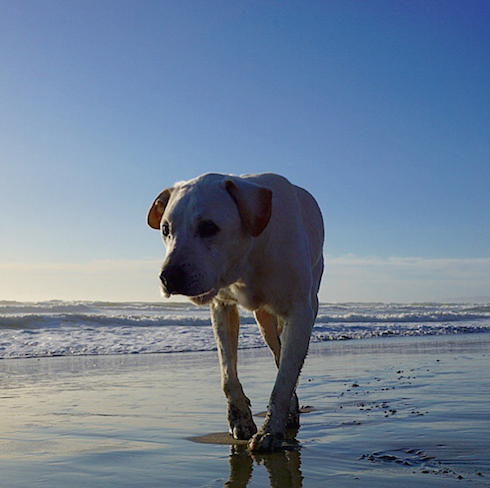 What has Poh taught Rodriguez? “A lot of people are ready to give up,” he reflects. “I think some people might have already put their dog down at this point, but he still has these bursts of energy. If Poh has taught me anything, it’s that we can’t give up–we gotta live.” 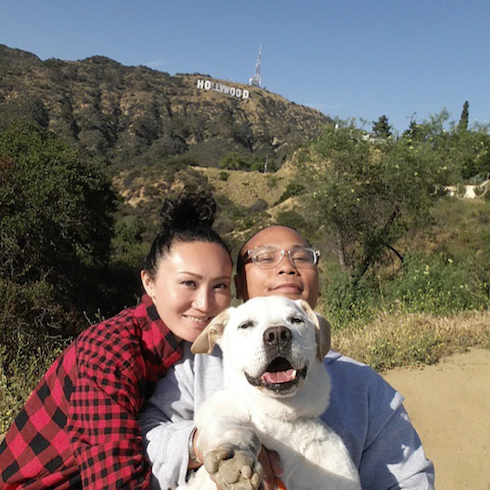 Seriously–there are way too many wonderful, adorable, loving, charming, happy photos to post here. Do yourself a favor and check out Poh’s Instagram account for yourself. And have a backup box of tissues nearby.

Zola’s story update: Jess tells her side of the story in depth!