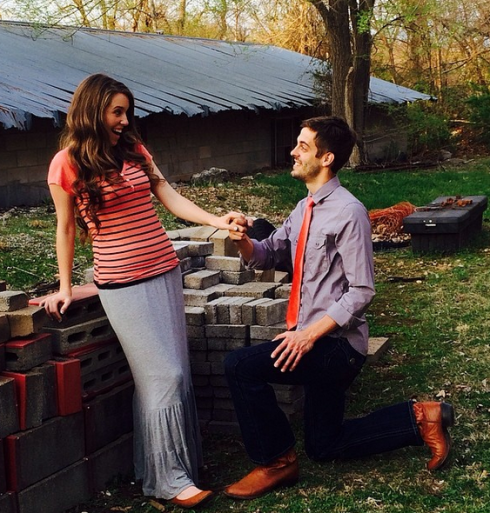 On tonight’s season finale of 19 Kids and Counting, viewers will see Derick Dillard propose to Jill Duggar… But, in real-time, Jill and Derick are just weeks away from their June 21 wedding! 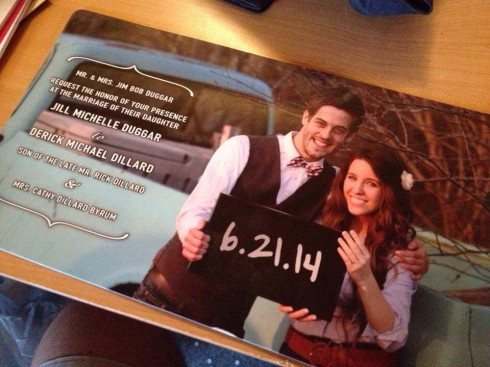 The invitation also includes a nod to Derick’s late father, who died suddenly during Derick’s freshman year at Oklahoma State University in 2008. By that point, Derick already decided he wanted to become the school’s mascot, Pistol Pete — which was a position his dad held from 1976 until 1978. However, he didn’t want to tell his dad until after the springtime audition.

“I thought, how cool would it be to be able to call him up after I was chosen as Pistol Pete and be like, ‘Hey, Dad, guess what? I’m Pistol Pete just like you,'” Derick said during a 2010 oral history report for OSU. “I would probably try to lead up to it, not say it all at once, but just kind of see how he’d react to it, but I think that would’ve been pretty special.”

Sadly, Derick’s dad passed in January before learning of his son’s plans.

“I didn’t get it, but I learned a lot,” he said. “It was a great experience because it prepared me for the next year because I didn’t want to give up.”

With an additional year of preparation and the extra resolve to share that bond with his father, Derick was selected to be Pistol Pete the following year.

“It was the first time a father and son had become Pistol Pete,” Derick said. I took that to heart, my job. I wanted to do my best.” 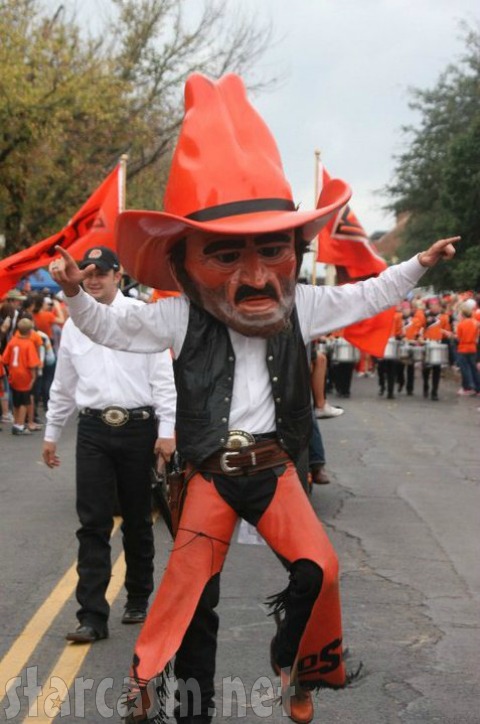 Derick held the position of Pistol Pete for the next two years and participated in an estimated 250 events per year. Despite having limited free time, he also joined an accounting fraternity, participated in OSU’s Baptist Collegiate Ministry and maintained an impressive GPA. 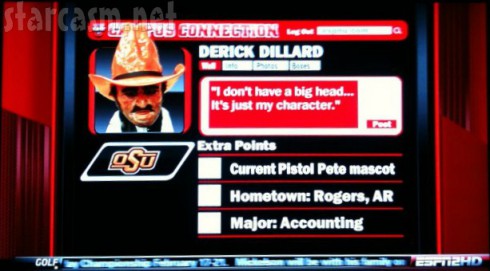 During the oral history interview, Derick also spoke about his plans for the next five years — which now seem to be falling into place perfectly.

“I want to get married and have a family and settle down somewhere and pursue my career. I will probably work somewhere, whether it’s an accounting firm or a company like Wal-Mart or something for a couple years,” he said, adding he didn’t have a significant other at the time because of his Pistol Pete commitments. “Being Pete takes some sacrifices, and it would be hard to hold the responsibilities of having a girlfriend, having schoolwork and Pistol Pete and trying to juggle all that.” 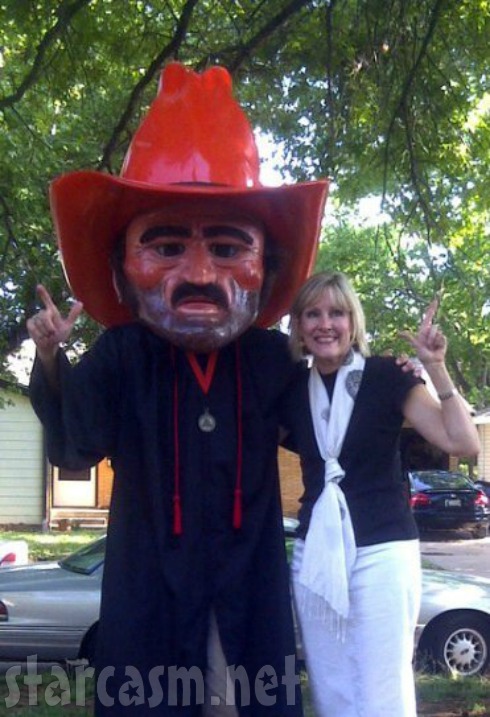 Derick as Pistol Pete with his mom during graduation weekend in 2011.

Although having a family was a distant thought at the time of the 2010 interview, Derick said he was already looking forward to the day when he could tell his kids about the family’s legacy at Oklahoma State.

“I know I’ll look back on this as an alum coming back and be able to tell my children about it, and hopefully they’ll think it’s cool that their father and their grandfather was Pistol Pete,” he said in 2010. “Not that I would pressure them to go to OSU or to be a Pistol Pete, but it’s certainly a big part of my life, and I’ve learned a lot from it.”

Watch as Derick proposes to Jill on the season finale of 19 Kids and Counting on TLC tonight at 9/8c.