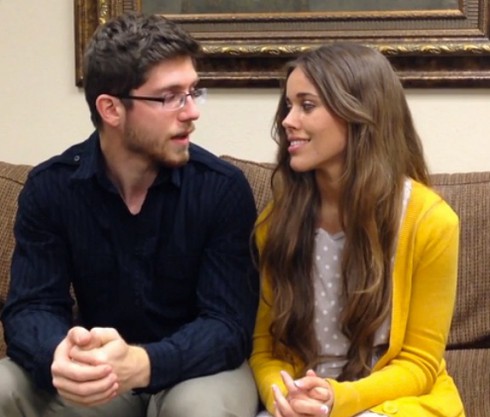 In real-time, Jessa is celebrating her 22nd birthday today as the new Mrs. Jessa Seewald! As we reported with exclusive details on Nov. 1, Jessa and Ben tied the knot in front of 1,000 guests at the First Baptist Church in Bentonville, Ark.

Jessa told People that her unique blush gown came from Tesori Bridal in Fayetteville, Ark… And, unlike sister Jill Dillard, the only alterations Jessa opted to do were remove some tulle from the skirt.

Although many were surprised Jessa didn’t go with a traditional white dress, the Tesori Bridal owners said everyone in the Duggar family agreed the light pink dress was just right. Ben complemented Jessa’s dress by wearing a navy suit and pink bow tie.

Details from the Seewalds’ wedding reception

After the ceremony, many of the guests congregated in another room at the First Baptist Church for a reception… Which is when the newlyweds publicly kissed for the first time! (They went to a private room during the ceremony to share their first kiss. Meanwhile, Jim Bob and Michelle Duggar demonstrated a “Duggar kiss” for the audience.)

For the midday reception, the Duggars and Seewald treated guests to an ice cream sundae bar.

“I don’t really like cake… We wanted ice cream sundaes instead,” Jessa said, explaining why the passed on serving the traditional wedding dessert. They did, however, go ultra traditional by leaving the reception in a horse-drawn carriage!

The reception also gave guests the chance to mingle with some of the Duggars’ famous friends, including Growing Pains actor Kirk Cameron. 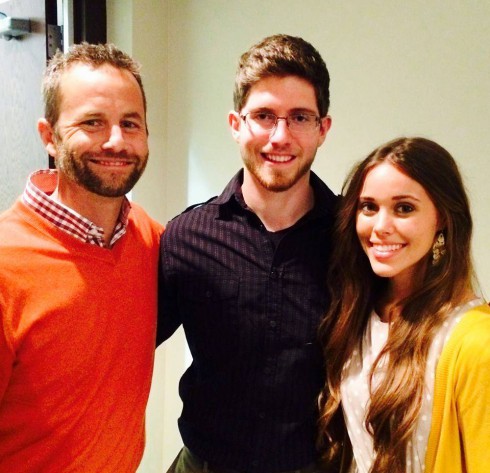 After the large reception, a smaller group continued to the Duggars’ home in nearby Tontitown. Kirk revealed a bit about the party that went on there…

“We were also invited to the Duggars house after for volleyball, campfire singing, and dessert till 1:30 am,” he said. “We even got to worship together at church the next morning.”

What’s next for Ben and Jessa?

Ben and Jessa are currently off enjoying their first alone time together! In a video from their rehearsal dinner, dad Jim Bob Duggar revealed the newlyweds are honeymooning for a few weeks…

Along with the actual location of their honeymoon, it’s also unknown where Ben and Jessa will live to start their married lives. Up until this weekend, she lived at her parents’ house and he lived on their property to help out with maintenance. Jim Bob allowed Jessa’s older sister and brother-in-law to live in one of his real estate properties “until it sells,” so it’s likely Ben and Jessa will get a similar deal.

What does 24-year-old John-David Duggar do? Is he courting?