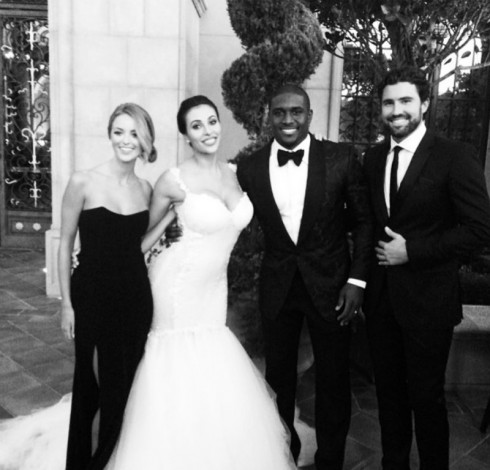 Bruce Jenner’s son seemed to show where his allegiances really lie this weekend by attending the wedding of Reggie Bush, Kim’s ex-boyfriend. He posted pictures to Instagram congratulating Reggie and his bride, Lilit Avagyan. In contrast, he completely skipped the festivities for step-sister Kim’s May wedding to Kanye West.

“Brody and Reggie are really good friends. He invited him months ago with a guest,
a source told Us Weekly. “In terms of Kim, one has nothing to do with the other.” 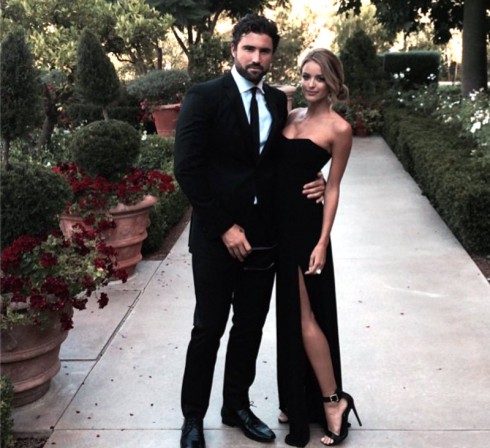 At the time of Kim’s Italian wedding, a source told Us Weekly that Brody declined to attend because his girlfriend, Katilynn Carter, wasn’t invited and he was offended by the snub. Kaitlynn attended Reggie’s wedding as Brody’s guest. 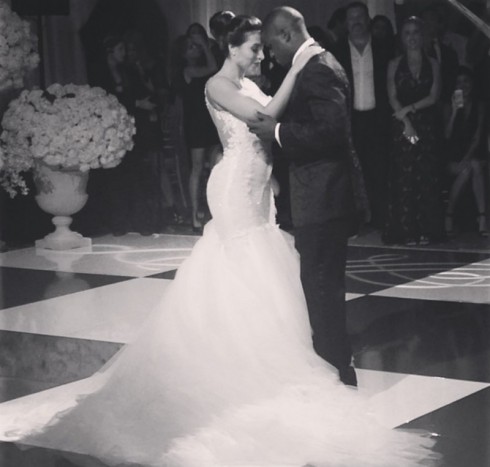 NFL star Reggie and Lilit wed at Grand Del Mar in San Diego. Their 14-month-old daughter was a guest of honor.

The close dates of Kim and Reggie’s weddings again show how the exes lives have paralleled since they split in 2010.