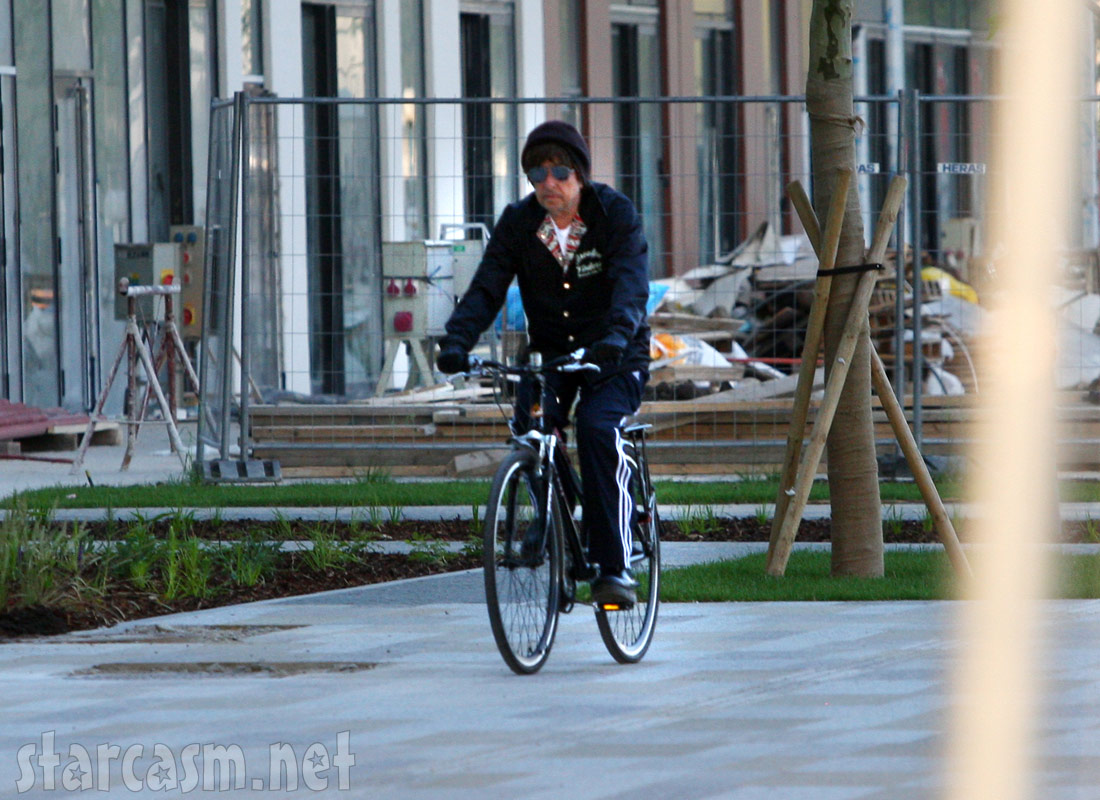 69-year-old Bob Dylan continues his never-ending tour schedule and was photographed keeping in shape by doing a little bicycling on the streets of Bratislava in The Slovak Republic Tuesday. Bob’s Tour de Slovakia came on his day off before playing a show at Icheba Expo Arena on June 9.

The gruff and glum legend was sporting a Brooklyn Vinders Motorcycle Club, NY jacket, a ski hat, shades, some racing-striped sweat pants and… combat boots?
(Click the photo to enlarge) 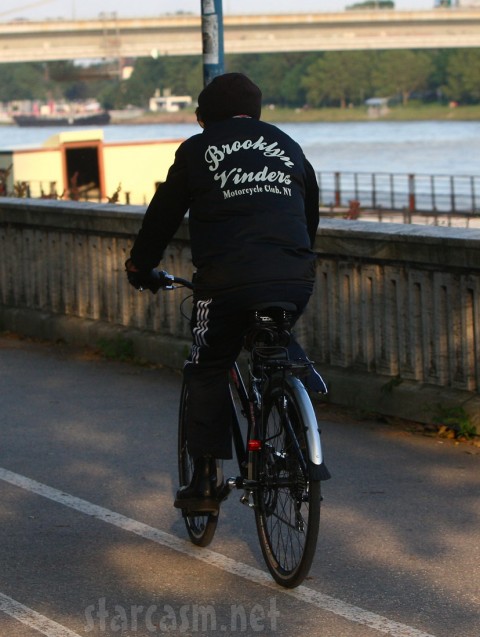 I realize that there isn’t much of a story here, but this is the first time since I started writing for starcasm.net over a year-and-a-half ago that we’ve had access to Bob Dylan photos, so I had to do something! Is there no money in being a Boberazzi any more? Do the masses not want to see mundane photos of the greatest and most influential musician of the last 50 years? I suppose not. (There was also a photo set of Jeff Lynne dining at Madeo – I thought Traveling Wilburys conspiracy nuts might need to be made aware something is afoot!)

Anyways, here are the rest of the pictures, including a couple of Bob just standing around. Click the thumbnails for larger images in the gallery. You can click those images for even LARGER ones, even though tI doubt there are many folks out there that will want to use these as wallpaper or anything. 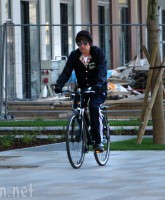 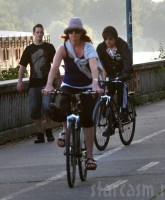 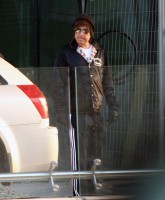 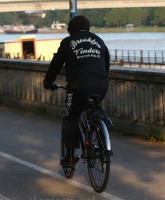 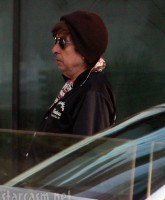 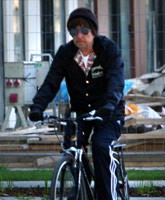 Whenever I do a Bob Dylan post I try to put together a list of songs that fit the story. (Check out the Christmas-themed tune ideas from when his holiday CD was first announced and be sure not to miss the story on Bob Dylan’s smelly outhouse and all the scatological song ideas!) This one was a little harder because I don’t know much about cycling and don’t have much of a cycling terminology arsenal in my brain, but here goes…

Pretty lame, huh? Feel free to add your own suggestions below!

Not lame at all was Bob’s set list from the next night’s concert in Bratislava! Here are the songs Bob played – thanks to the ever-diligent folks over at Bob Links:

Leopard-Skin Pill-Box Hat
It Ain’t Me, Babe
I’ll Be Your Baby Tonight
Stuck Inside Of Mobile With The Memphis Blues Again
Just Like A Woman
Absolutely Sweet Marie
High Water (for Charlie Patton)
Shelter From The Storm
Tweedle Dee & Tweedle Dum
Man In The Long Black Coat
Highway 61 Revisited
Forgetful Heart
Thunder On The Mountain
Ballad Of A Thin Man

(Encore)
Like A Rolling Stone
Jolene
All Along The Watchtower

The Lost Notebooks of Hank Williams available for pre-sale