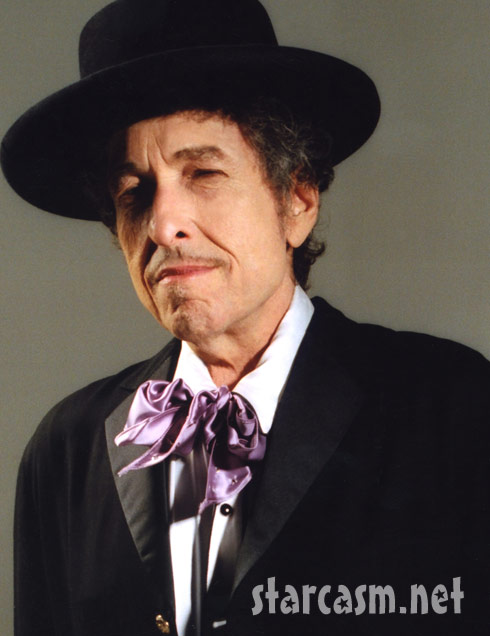 In a surprising late announcement it has been confirmed that living legend Bob Dylan will be performing live this weekend during the Grammy telecast.  He is set to appear alongside up and coming bands The Avett Brothers and Mumford & Sons.  This will mark only the 5th appearance at the famed awards show for arguably the most influential songwriter in recorded music history.

According to a report in the LA Times, producer Ken Urlich stated that Dylan’s appearance is supposed to work like this:

Ehrlich’s plan for Dylan — which, he noted, is “all subject to a certain person’s approval” — is for Dylan to perform during a three-act suite with the Avett Brothers and Mumford & Sons. The former hail from North Carolina and the latter is a British band, and Ehrlich sees a bright line connecting their music to the pioneering push by Dylan to connect folk and rock.

Mumford & Sons will perform their soaring, banjo-laced song “The Cave,” which will give way to the Avett Brothers and their pulsing folk anthem “Head Full of Doubt, Road Full of Promise.” Then comes Dylan, but Ehrlich declined to reveal what song he might sing and hinted that it had not entirely been decided.

That’s enough to get me tuned in!  This late addition of Dylan elevates an already impressive list of performers including Eminem (who leads this year’s field with 10 nominations), Arcade Fire, Lady Gaga, and fellow rock veteran Mick Jagger.

If you’re tuning in to catch Dylan you’ll be in for a treat when it comes to The Avett Brothers and Mumford & Sons.

Here is a live clip of The Avett Brothers performing a rare Bob Dylan gem that appeared on his Bootleg Series Volume 1 “Walking Down the Line.”

And here’s Mumford & Sons along with Old Crow Medicine Show performing an even rarer partially Bob Dylan penned tune “Wagon Wheel,” an incomplete outtake from Dylan’s soundtrack for the film “Pat Garrett and Billy the Kid.”

What was shaping up to be a special night just got much more special with the inclusion of Bob Dylan. To prove my point, here is Dylan’s stunning Grammy performance of “Love Sick” from the Grammy award winning album of the year in 1998 Time Out of Mind.

Stanley from The Office drops sexified video for “2 Be Simple”