For the first time in his storied career Bob Dylan recently toured in China.  As the dates approached there was a firestorm of speculation in regards to the communist leadership censoring the musician.  Critics were blasting Dylan from all sides calling the man a sell-out and such.  There was also a building demand that Bob publicly address the deemed unjust imprisonment of outspoken artist and designer Ai Weiwei.   Had these folks been aware that Bob Dylan has been alive and well and (shhhhhhh – better) since his 1960’s revolutionary explosion?  Had they not been in tune with his endlessly required battle to fight the label of, “the voice of a generation?” 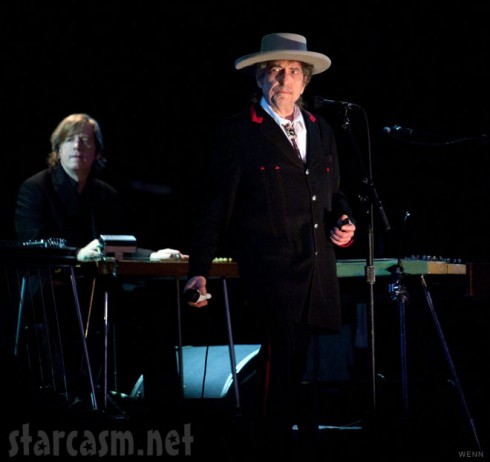 Most notably New York Times columnist Maureen Dowd wrote an uninformed Op-Ed that was nothing more than idiot wind.  This is the opening piece of vomit that spewed from her pen:

Bob Dylan may have done the impossible: broken creative new ground in selling out.

The idea that the raspy troubadour of ’60s freedom anthems would go to a dictatorship and not sing those anthems is a whole new kind of sellout — even worse than Beyoncé, Mariah and Usher collecting millions to croon to Qaddafi’s family, or Elton John raking in a fortune to serenade gay-bashers at Rush Limbaugh’s fourth wedding.

Raspy troubadour of 60’s freedom anthems?  He was that a long time ago I guess – sort of – but he’s also the same artist who has released three of the greatest albums of the last 15 years too.  He won a “Best Album” Grammy for one of them and has always fought against the label of “protest singer.”  I understand people’s pigeon holing, I really do because the power of “Chimes of Freedom,” “Blowing in the Wind,” “The Lonesome Death of Hattie Carroll,” and “A Hard Rain’s A Gonna’ Fall” are undeniable but so are post 1980 masterpieces like “Red River Shore,” “Most of the Time,” “Not Dark Yet,” “Dark Eyes” and “Mississippi.”

If Bob has made any succinct statement over the course of his career it’s that he believes in the songs and to thine own self be true.  The universe like a rabid hound has chased that man around with a labeling gun but nothing ever sticks and in the end, 500 years from now when the world will simply be left with the songs, an epic catalog – one that extends way past his purported 60’s zenith, one that history will prove stands alongside that of the greatest, then, just maybe, it will be about the songs as it has always been with Dylan.

In that vein Bob Dylan almost always lets his work do the talking.  If I wrote “Every Grain of Sand” and “Jokerman” I think I’d do the same.  Rarely does he feel that his name is disparaged in such a way that he has to defend himself with some sort of statement.  He tried that repeatedly back in the day and the media damned near ate him alive.  Sadly, this whole China controversy is one of those moments.  Here is Bob’s response posted via his website that addresses the situation:

Allow me to clarify a couple of things about this so-called China controversy which has been going on for over a year. First of all, we were never denied permission to play in China. This was all drummed up by a Chinese promoter who was trying to get me to come there after playing Japan and Korea. My guess is that the guy printed up tickets and made promises to certain groups without any agreements being made. We had no intention of playing China at that time, and when it didn’t happen most likely the promoter had to save face by issuing statements that the Chinese Ministry had refused permission for me to play there to get himself off the hook. If anybody had bothered to check with the Chinese authorities, it would have been clear that the Chinese authorities were unaware of the whole thing.

We did go there this year under a different promoter. According to Mojo magazine the concerts were attended mostly by ex-pats and there were a lot of empty seats. Not true. If anybody wants to check with any of the concert-goers they will see that it was mostly Chinese young people that came. Very few ex-pats if any. The ex-pats were mostly in Hong Kong not Beijing. Out of 13,000 seats we sold about 12,000 of them, and the rest of the tickets were given away to orphanages. The Chinese press did tout me as a sixties icon, however, and posted my picture all over the place with Joan Baez, Che Guevara, Jack Kerouac and Allen Ginsberg. The concert attendees probably wouldn’t have known about any of those people. Regardless, they responded enthusiastically to the songs on my last 4 or 5 records. Ask anyone who was there. They were young and my feeling was that they wouldn’t have known my early songs anyway.

As far as censorship goes, the Chinese government had asked for the names of the songs that I would be playing. There’s no logical answer to that, so we sent them the set lists from the previous 3 months. If there were any songs, verses or lines censored, nobody ever told me about it and we played all the songs that we intended to play.

Everybody knows by now that there’s a gazillion books on me either out or coming out in the near future. So I’m encouraging anybody who’s ever met me, heard me or even seen me, to get in on the action and scribble their own book. You never know, somebody might have a great book in them.

There you have it and that’s good enough for me.  I love the fact that Bob points out that most of the attendees were digging his new stuff.  Hell, one of the China publications ran a story and accidentally posted a photo of Willie Nelson instead and no one complained too much.  I saw Bob recently and the song “Forgetful Heart” off of 2009’s Together Through Life was the best performance of the night and the entire concert was top notch and garnered multiple standing ovations. 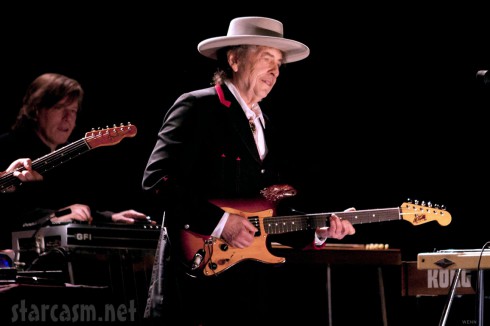 After I read Dowd’s piece I found myself searching through Bob’s China setlists and I immediately noticed it was in tune with what he had been playing during his previous dates.  One of these songs, perhaps Dylan’s greatest under-the-radar masterpiece, “Blind Willie McTell,” was performed and knowing the song I laughed in the face of the outcries for a statement.  This is Dylan’s greatest song about America’s historical ghosts and the necessity for a country to look back at its sins and address them.  Dowd wanted a statement, as it always has been with Bob Dylan it was right there in his song.  You just have to listen.

Seen the arrow on the doorpost
Saying, “This land is condemned
All the way from New Orleans
To Jerusalem”
I traveled through East Texas
Where many martyrs fell
And I know no one can sing the blues
Like Blind Willie McTell

Well, I heard that hoot owl singing
As they were taking down the tents
The stars above the barren trees
Were his only audience
Them charcoal gypsy maidens
Can strut their feathers well
But nobody can sing the blues
Like Blind Willie McTell

Well, God is in His heaven
And we all want what’s his
But power and greed and corruptible seed
Seem to be all that there is
I’m gazing out the window
Of the St. James Hotel
And I know no one can sing the blues
Like Blind Willie McTell

Jesse James to appear on ‘Nightline’, doesn’t want to be called “most hated man in America” in court