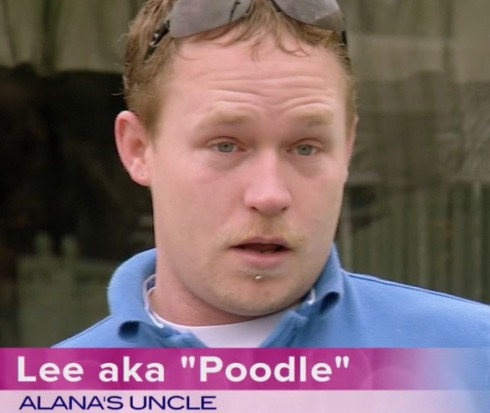 On last week’s episode of Here Comes Honey Boo Boo, Alana called in the big guns in the form of Miss Georgia 2011, Michaela Lackey, to help her prepare for her upcoming Rock Star Divas pageant. But the “big guns” of Michaela Lackey are nothing compared to the Weapons of Sass Destruction coming to the aid of Alana in the one-hour season finale! That’s right, it’s the return of Alana’s Uncle Poodle!

If you remember, we first met Uncle Poodle (real name Lee Thompson – brother of Alana’s dad Mike “Sugar Bear” Thompson) in an episode of Toddlers & Tiaras in which he and Alana went to get manicures and pedicures together. During that episode Alana loudly proclaimed, “My gay uncle is Poodle. That’s why we call him a poodle because he has a little fruit in his tank. He’s got grapes in his tank.”

Lee, who is the thinner, much less heterosexual version of his brother Sugar Bear, then explained to the camera, “Alana calls me poodle because poodle is a term for being gay. So, I’m a poodle.” (Quotes taken from the “Here Comes Honey Boo Boo Redneckipedia“) 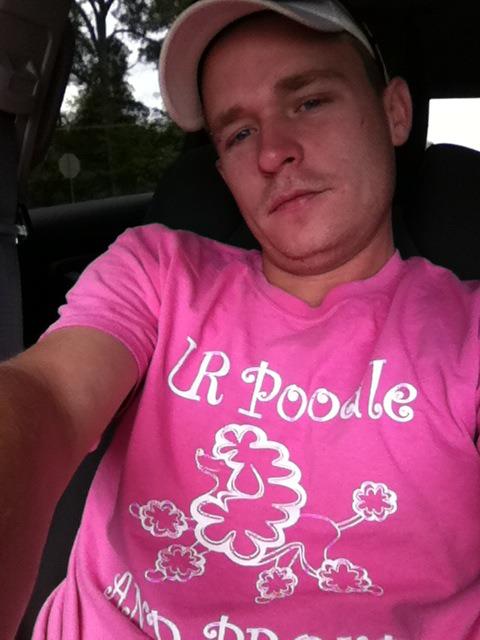 In the preview clip for the season finale, Alana is preparing for the big Rock Star Divas pageant and Uncle Poodle is called in to help with her stage walk. The other girls don’t stand a chance!

All joking aside, Lee Thompson is a rare mixture of purely Southern good ol boy combined with out and proud homosexual. It’s a refreshing thing to see on television, as is Alana’s without-a-second-thought acceptance. I think this show has yet another break-out star on its hands, and I can’t wait to see if Uncle Poodle gets enough screen time in the finale to make it happen! 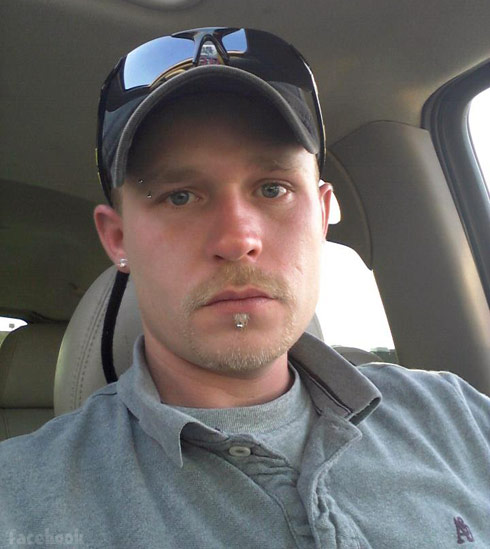 While we all wait in anticipation for final episode of the first season of Here Comes Honey Boo Boo (and the inevitable rise to fame of Uncle Poodle) I figured I would do a little research and help answer the question everyone will be asking shortly, “Who is Uncle Poodle?”

The answer is Lee Thompson, the 29-year-old younger brother of Mike “Sugar Bear” Thomspon, who will turn 41 in December. Raised just up the road from McIntyre in Milledgeville, Georgia, Lee has since relocated to Birmingham, Alabama where he lives with his fiance, Joshua Yarbroughe (they got engaged this July!)

Here’s a photo of them together: 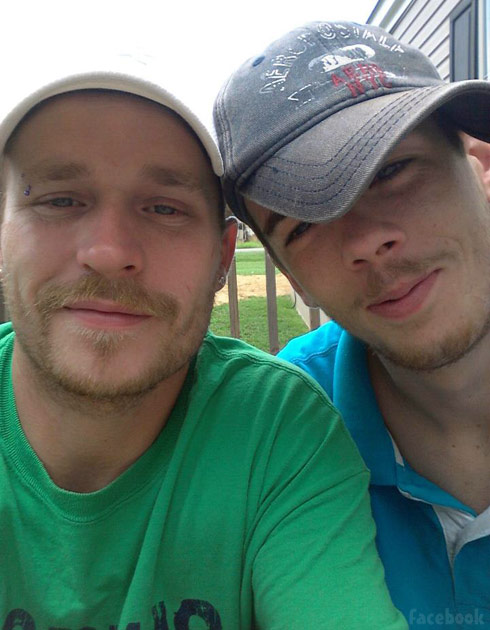 That’s a pretty good lookin’ couple y’all! And as I mentioned earlier, Lee sees no contradiction in being homosexual and being a Southern man, as evidenced by this photo of himself and fiance Joshua getting muddy Honey Boo Boo style! 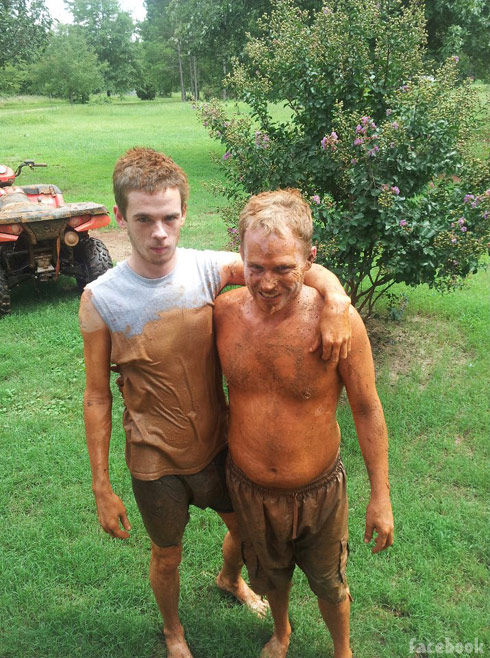 In addition to mudding, Lee and Joshua are also active in promoting gay rights and gay equality issues, often proudly attending gay pride festivals and events. (Perhaps something he and Alana could do in an upcoming episode? **HINT HINT TLC***)

And just in case you were wondering where you can get your own “UR Poodle and proud of it!” t-shirt, just hop on over to The Brand UR website! (And you can feel extra good about buying clothes from Brand UR, including other Here Comes Honey Boo Boo shirts, because their main purpose is to fight against bullying.)

As Alana says “Ain’t nothin’ wrong with being a little gay. Everybody’s a little gay.” (Has Alana been secretly studying The Kinsey Scale?)

I guess that about wraps this post up. As Alana and June (and I’m guessing Uncle Poodle) would say, “Deuces!” 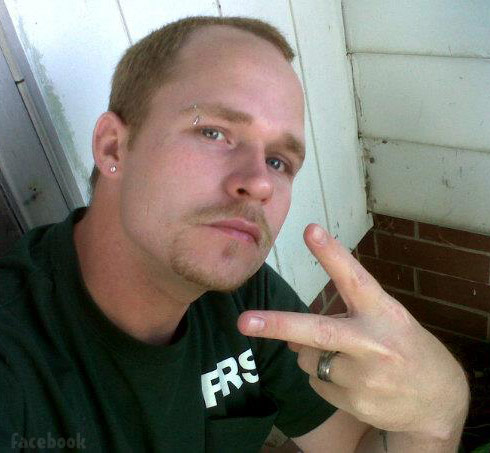