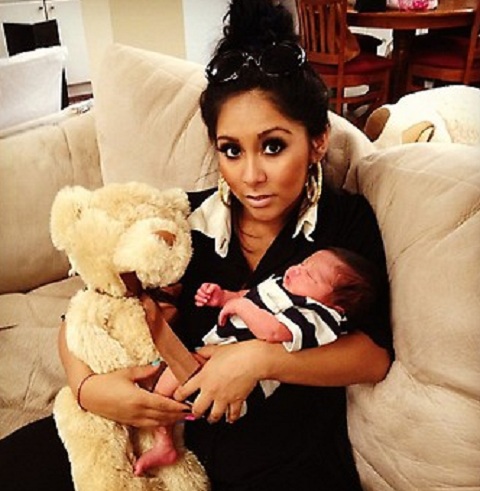 Nicole ‘Snooki’ Polizzi gave birth to son Lorenzo Dominic LaValle on August 26 and now that the first exclusive photos have been revealed, she can finally post as many photos of her son to social media sites as she wants. In addition to showing off photos of Enzo, she also showed off her trim post-baby body.

The Snooki & JWoww star is currently filming season 2 of her and Jenni Farley’s spin-off but that’s not slowing down her Twitter feed any. She’s been going wild with photos including one close up of her baby’s face. Fans are getting to know the tyke one pic at a time before they officially meet him when the second season premieres. 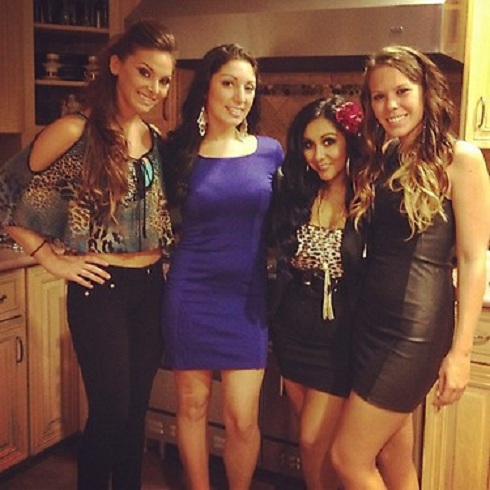 Snooki also posted a photo of her and a few of her friends including Ryder, who has appeared on her spin-off as well as several episodes of Jersey Shore. In the photo, Snooki is sporting a leopard and black mini-dress and she’s looking to be back to her old self — and we’re not talking season 1, we’re talking season 5.

Snooki recently dished on motherhood saying, “When I got pregnant, everything changed. The partying is long gone. I’m a new person.” Snooki has definitely silenced the critics when it comes to her parenting skills but she deserves to have a girls night now and again, right?

The new mommy will be appearing (in pregnant form) on the sixth and final season of Jersey Shore which premieres on October 4. 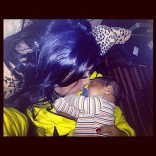 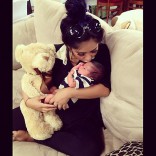 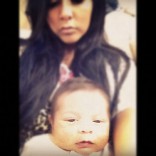