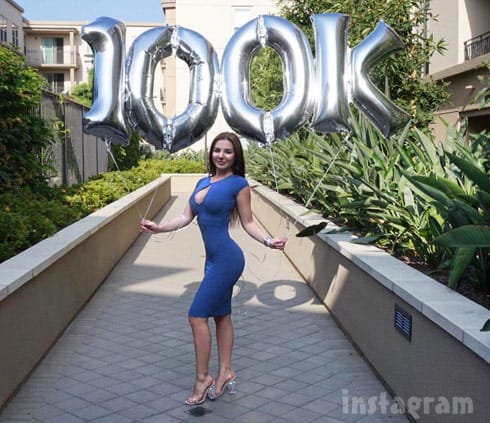 It looks like TLC’s 90 Day Fiance has itself another bona fide break out reality superstar on its hands! Lots of viewers may not like Moscow, Russia native Anfisa, but most of them cannot help but tune in to see her brazenly bratty attitude on full display. And apparently Instagram users cannot help but tune in to see Anfisa’s brazen assets on display as she just surpassed 100,000 followers on the image-centric social media site!

Anfisa celebrated the milestone with the photo above holding a “100k” helium balloon while wearing a skin-tight bright blue dress and high heels. In addition to the photo, Anfisa also shared her thanks to those who have shown her support and helped her following grow so quickly:

Celebrating my first little milestone 🙂 I started my Instagram almost exactly a year ago and I’ve reached 100k followers already. I truly appreciate all kind messages and comments I get from all over the world. A lot of people don’t understand how it feels to always be in the public eye and have strangers involved in your personal life. It was very hard for me at first because of all the hate I was/keep getting, but your support helps me to stay strong.

At the time of this posting, Anfisa was already over 113,000 followers with no signs of slowing down as she and Jorge continue to share their dramatic relationship on the second season of TLC’s 90 Day Fiance: Happily Ever After?

If you are a fan of the show, but unfamiliar with Anfisa’s Instagram account, it contains pretty much what you would have guessed: eye-popping (and bikini-popping) images of Anfisa in various revealing outfits. To her credit, Anfisa CERTAINLY knows how to, umm, accentuate the positive so to speak: 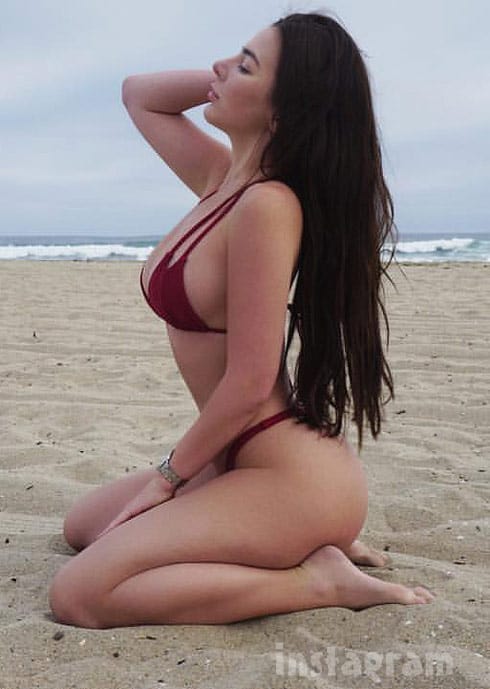 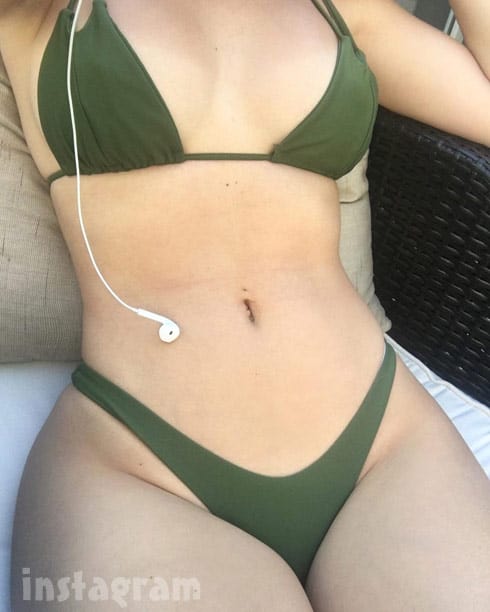 Anfisa’s Instagram feed isn’t just about her physical appearance, however, as she has also been catering to fans like me who love the Anfisa drama (as well as pretty much every single Russian accented word that comes out of her mouth). Just prior to the Happily Ever After? Season 2 premiere last week, Anfisa posted a dramatic screen shot of herself and Jorge in a car along with a long post about some of the misconceptions she feels people have about her and the show:

Are you ready for tonight’s premier? I want to tell you a little more about #90DayFiance ?

What they don’t understand is how the show actually works. It’s not like people apply to be on the show and then get matched in couples and that’s where the show begins. ❌

Actually couples that have had long distance relationship for some time, SEEN each other in person AT LEAST once(it’s a requirement for a fiancé visa) apply to be on the show. ✅

The show doesn’t help with anything related to immigration. They just start filming on the day foreign fiancé(e) arrives to the USA and continue until the couple gets married. ✅

Another thing is – one of the rules of fiancé visa is that you have to get married within the 90 days after coming to the US. You can get married on any day – day 1, or day 90. You don’t HAVE to wait 90 days. And this “90 days” are definitely not to get to know your partner because you already know the person you’ve had long enough relationship with and decided you want to marry them. That’s why all of the couples end up married every season.
Don’t be confused. ❤️ #TLC

In her next post, Anfisa calls out an employee of Panache Bridal in Beverly Hills (where she shopped for a wedding dress on the show) for calling Anfisa “mean” in a Facebook post:

…and that's what I mean when I talk about fake smiles in America. Everybody remember the episode of #90DayFiance when Jorge and I went to a bridal boutique in Beverly Hills? @panachebeverlyhills , you need to train your employees better. ??

Regardless of how Anfisa acted in the store, I have to agree that it seems a bit unprofessional for a high-end bridal boutique employee to publicly say negative things about a shopper — even if she was only there for the reality show cameras.

Congratulations to Anfisa on her successful transition to the United States of Instagramerica! You can keep up with Anfisa by joining her Instagram army and by tuning in to new episodes of 90 Day Fiance: Happily Ever After? airing Sunday nights at 8/7c on TLC.

Meanwhile, we decided to have a little fun with Anfisa’s balloon photo to help her celebrate her K-1 visa journey with Jorge: 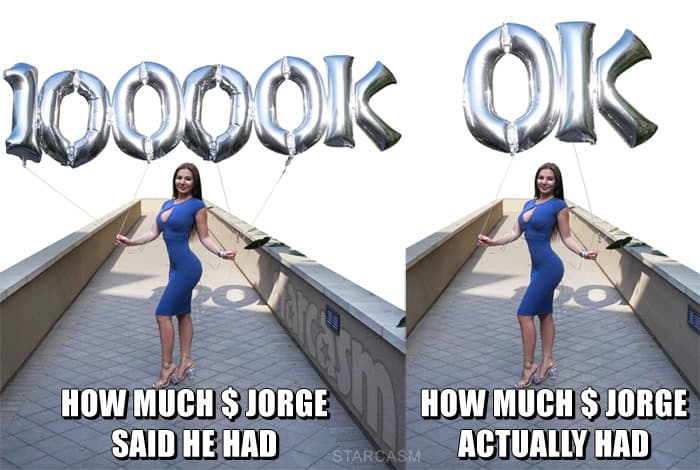