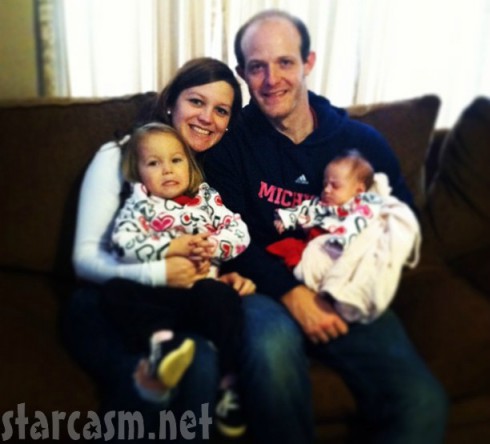 Sarah Roberts shared the experience of expecting baby Tinleigh on the fourth season of 16 & Pregnant. But, when producers came back two years later to film a follow-up special, she decided to conceal the fact she was six months pregnant with her second child. Sarah went on to welcome baby Tessly J. with her new boyfriend on Oct. 1.

“I didn’t want negative comments about an innocent child,” exclusively told The Ashley. “She didn’t deserve that.”

When we last reported on Sarah, she was supposedly dating one of Ashley Salazar’s ex-boyfriend. That relationship was short-lived and Sarah is now dating an older man, Justin. (Apparently there have been some negative comments about their age difference, but Sarah’s Facebook fan page admin said the gap isn’t as big as many are making it out to be. Sarah also commented that guys her age are still into games and she doesn’t “have that kind of time.”)

More recently, MTV producers caught up with Sarah for the season four follow-up. Her segment begins around the 14:45 mark…

During the show, Sarah revealed ex-boyfriend/Tinleigh’s father Blake Thomas got another girl pregnant when he returned from shrimp fishin’ on the coast.

“I can’t believe he had another baby so soon after having Tinleigh and walking out like she didn’t even matter,” Sarah said to her mom during the summer 2013 special, explaining that he doesn’t make an effort to see their daughter. Since then, Sarah clarified on Twitter that she may not approve of Blake’s choices, but still makes an effort to get along with him for the sake of their daughter.

Considering Sarah’s position on Blake’s second baby, some are saying it was hypocritical that she had another child of her own. However, it seems her issue was more with the fact that he doesn’t make time for Tinleigh than that he has another baby. (Again, the subject of Sarah’s second pregnancy wasn’t brought up during the follow-up special even though she was beginning to show.) 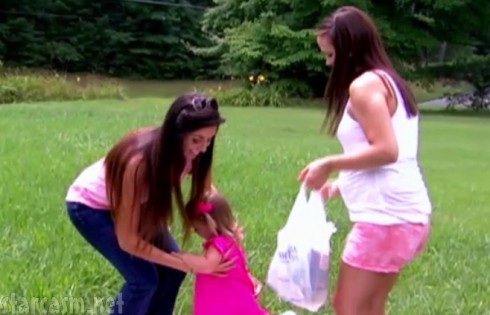 Most importantly, Sarah is an incredibly involved mother, is in a stable relationship and is still actively pursuing her education. 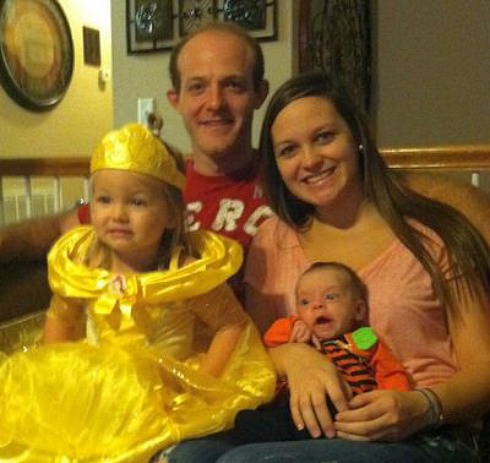 And to those who want to rain on Sarah’s parade? She had one thing to say on Twitter…

“I just brush it off. Like you don’t approve? Good thing you won’t be living with him, me OR our girls for the next … Ever.”