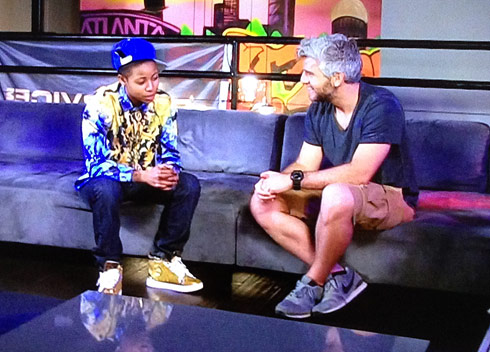 Dee Pimpin, a catfish who impersonated Bow Wow, but still has quite a bit of game herself, was one of the most talked about episodes in the history of the show. Tonight, the boys of Catfish caught up with Dee, and she’s continued to lead quite an exciting life.

When Max walked into Dee’s studio for a chat, she was in the middle of laying down a fresh track, “Show Money.” Max brought up the fact that she’s since met Bow Wow, and she replied nonchalantly, “Yeah, I met Bow.”

When Max asked what his reaction was to her using him to catfish, she said he was flattered. A stunned Max replied, “I don’t understand your life. No matter what wrong you do, it ends up helping you in some way.”

They moved on to Dee’s current relationship with Keyonnah, and she says that they’re still friends and talk every day. They never hook up, but Dee’s nonplussed. “I couldn’t flip her. It is what it is. I tried,” she explained.

Then Dee, who’s now happily engaged but still may catfish in the future, revealed to Max that she got shot. She then lifted up her shirt to reveal bullet entry and exit scars and a huge scar running up her abdomen from surgery to save her life. 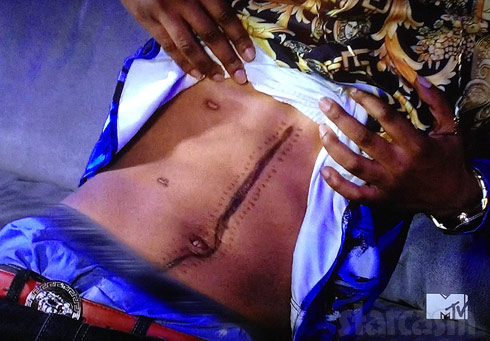 She said she was coming home from the studio October 9th after a normal day when someone pulled up behind her and told her to “Get it up!”

“Why are they tryin’ to take out Dee Pimpin?” Max asked, shocked.

She explained that she probably got attacked because she was dressed nice and wearing chains that they wanted to steal. “They were tryin’ to rob me, tryin’ to take my chains and everything.” She said she tried to get in her car, but they “popped” her and ran. She woke up in the hospital with a tube in her throat. She stayed their recuperating from massive surgery for a month.

MTV casting a line across the pond for Catfish UK