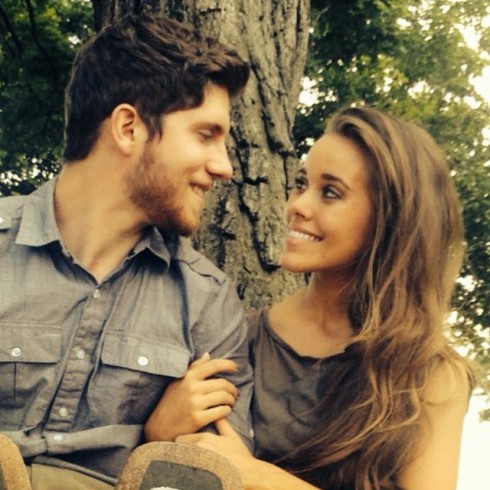 Although the big Duggar-family news this week is that newlywed Jill Dillard is expecting her first baby, the more imminent 19 Kids and Counting event is Jessa Duggar’s wedding to Ben Seewald.

“I think my wedding might be similar to Jill’s in a lot of ways,” Jessa, 21, told People. “I don’t want to spend a whole bunch of money and buy a new set of decorations. We will save that money for the honeymoon.”

Ben added, “It will be simple, but it will be unique.”

The 19-year-old college student already mastered the “unique” (if not “simple”) part with his proposal to Jessa last week. Reflecting on it, Jessa explained, “A few days before, he had given me a rose and asked me out on a date for the next night… That night he gave me a box.”

Inside the box was an iPad that Ben, 19, used to record a special message: “This is the first clue to the rest of your life.”

The next day, older brother John-David Duggar, a licensed pilot, flew Jessa and their sister Jinger to Eureka Springs. From there, Jessa had to earn a hole in one at a mini golf course, collect one dozen roses from strangers in a park, answer a quiz while on a trolley and, finally, take a train ride to her ultimate destination, Thorncrown Chapel.

“I walked in and he was standing there at the front. I could barely talk. I knew he was going to propose. I cried,” Jessa said of the moment before Ben got down on one knee and gave her a .75-carat princess-cut diamond engagement ring.

As Ben and Jessa prepare for their marriage, they have support from both sets of their parents, who were aware of Ben’s plan ahead of the proposal.

“Ben asked me about asking Jessa to get engaged,” said Jim Bob Duggar. “We had already talked to Jessa about this and was 100 percent on board. I told him that Michelle and I were in agreement and supportive.”

The couple hasn’t revealed when they plan to wed, but it will likely be this fall based on the oldest Duggar daughters’ comment in Growing Up Duggar that a short engagement is ideal.