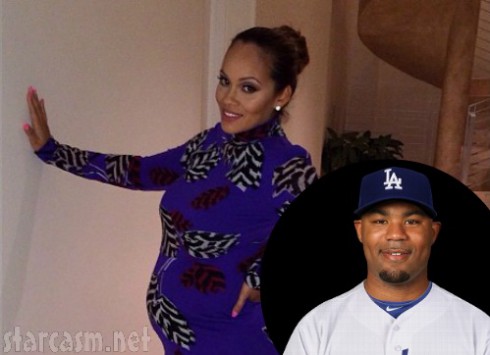 MLB star Carl Crawford popped the question on Christmas with a 14.50 carat diamond ring — which Evelyn gladly accepted and shared on Instagram. The pair has been privately dating since early 2013. Evelyn is now seven months pregnant with their child. (She initially declined to reveal the father’s identity, but we put the pieces together. She confirmed Carl is the baby’s father earlier this month.) 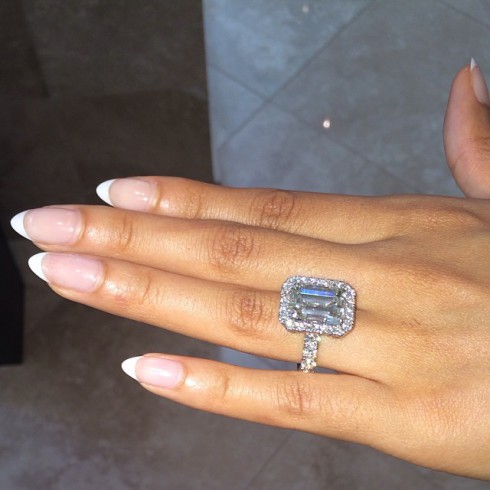 Speaking of her new engagement, Evelyn told People that she is “truly happy.”

“I’m overjoyed and in complete and utter shock,” the reality star said.

The ring Carl proposed with was uniquely designed by Jason Arasheben, CEO of Jason of Beverly Hills. According to Jason, Carl was heavily involved in the design process and “just lit up” when he saw the finished product.

“You could tell they’re very much in love. He was excited and nervous,” Jason said of Carl, who plays for the Los Angeles Dodgers.

Evelyn was previously wed to NFL player Chad “Ochocinco” Johnson in 2012. They divorced two months later after he was arrested for head-butting her. Evelyn earned her spot on Basketball Wives because of her long engagement to Antoine Walker.

BASKETBALL WIVES CeCe Gutierrez calls Evelyn Lozada the ‘least trustworthy’ cast member, says ‘She’s always had it out for me’