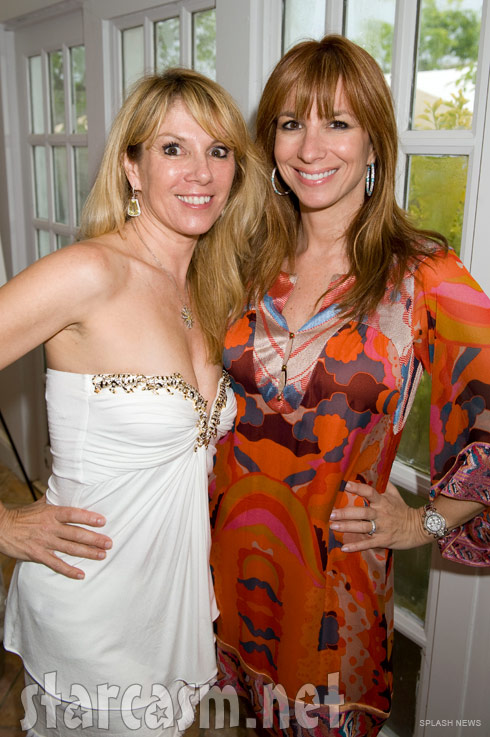 In last night’s episode of The Real Housewives of New York City Jill Zarin’s feud with cast mate Ramona Singer heated up after Ramona brought bottles of her Pinot Grigio wine to Jill’s charity fundraiser to serve to guests instead of being placed in schwag bags or be auctioned off. As is becoming the trend on the Housewives shows, the drama from the episode spilled over to social media sites the following day as Ramona used her Facebook page to defend herself against Jill’s claims with a photo of emails exchanged between their assistants in which it does appear Ramona was asked to serve wine to the guests at the event.

Here is the photo followed by a transcription of both emails: 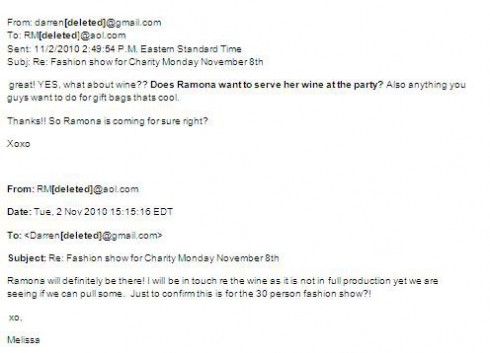 “great! YES, What about wine?? Does Ramona want to serve her wine at the party? Also anything you guys want to do for gift bags that’s cool.

Thanks!! So Ramona is coming for sure right?

Ramona will definitely be there! I will be in touch re the wine as it is not in full production yet we are seeing if we can pull some. Just to confirm this is for the 30 person fashion show?

And here’s the caption for the photos by Ramona:

Good morning. On last night’s episode, Jill denied that I was ever asked to bring wine to serve to the ladies at the charity lunch. Please see the emails between our assistants confirming just that! Another Jill lie…

Ever since Jill’s epic downfall during last season’s spat with Bethenny, these women are more obsessed with public opinion than politicians! It’s gotten to the point where Andy Cohen’s Watch What Happens Live “Whose side are you on?” polls are the determining factor in who had a successful season and who didn’t. As a viewer of the show I’m starting to feel like a cast member who is being forced to take sides – with the ladies desperately trying to win me over with everything they do or say on camera and off!

As for myself I am still currently undecided. I would normally side with Ramona but I have to admit she is acting a little bit crazier than usual this season – and not in a good way. I’m going to hold off on selecting which team’s t-shirt to wear until after the Morocco trip, which promises to be a drama bomb of epic proportions in which I’m sure either Team Jill or Team Ramona will decidedly win my heart!

(Top photo: Ramona Singer and Jill Zarin back when they still took pictures together at a Hamptons Magazine Party at “Day and Night Beach Club” in South Hampton, NY in May of 2009. Credit: CMB / Splash News)