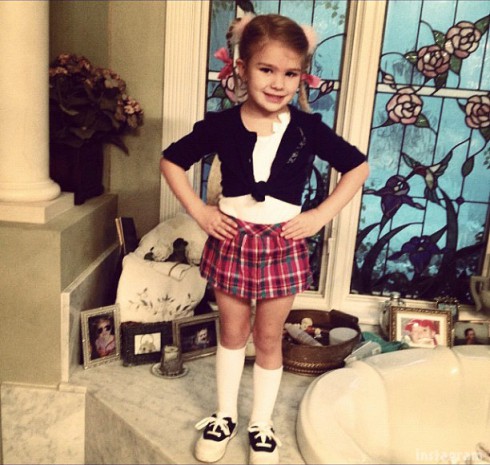 Jamie Lynn Spears and her daughter Maddie are in the Halloween spirit a little early! Maddie, who is now four, had a Celebrity Day at her school, and who else would she pick o dress up as other than her Aunt Britney?

Jamie tweeted the picture above of Maddie in pigtails, knee-high socks, tied-up cardigan and a plaid skirt with the caption, “Guess who Maddie want to for Celebrity Day at school?!” Maddie looks adorable in her Britney costume, which is appropriately more conservative than the one famously worn by Britney Spears in her “Baby One More Time” music video.

Here are side-by-side photos of Maddie and Aunt Britney from the video: 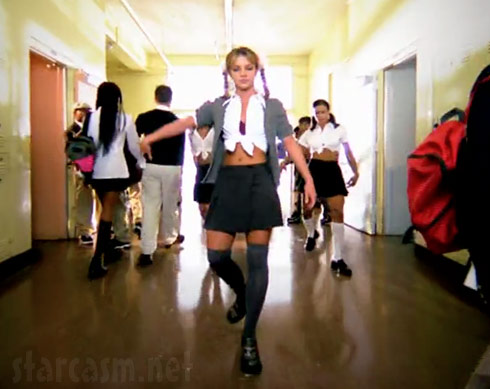 Maddie is getting so big, it’s hard to believe she’s already four! It seems like just months ago when Jamie shocked the world by announcing to OK! Magazine that she and her boyfriend Casey Aldridge were expecting. The two moved into a home together in Mississippi, got engaged, and had little Maddie. Unfortunately, the couple split in February 2010 and then, after a brief reconciliation, split again in November — this time for good (it would seem).

Now, 21-year-old Jamie is raising Maddie as a single mommy and doing a great job! They’re definitely contenders for cutest celeb mom and daughter on the planet! 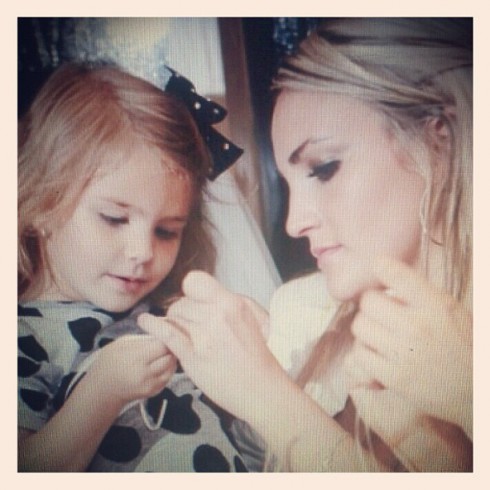