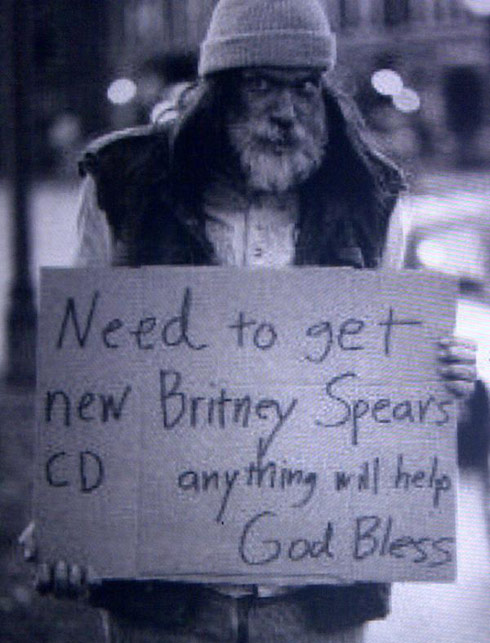 If I had a daily commute other than sittin’ on my #fatblogger backside and saw this homeless individual I would have lol’d at his sign and probably thrown a couple of bucks his way just for ingenuity. But that’s just the cynic in me, but Britney Spears, for whom the man is calling for with desperation, has taken this request very seriously and is searching for this unidentified person to deliver her goods.

The sweet southern starlet took to her Twitter account to announce to her followers that a Brit-Brit manhunt is underway. Perhaps she should ring up Dog the Bounty Hunter and he can pull double-duty while he stalks his Randy Quaid prey. Anywho, here was Spears’ request to her followers:

Dude looks hungry and she’s gonna unleash her whole catalog on the man! I don’t see a handy CD player in the photo so I hope he has means by which to jam out to Britney while doing his thing. Then there’s the whole is the pic even real question? And I wonder how dated said photo is? These are questions that need to be answered and it appears that the Britney-Army is going to get to the bottom of this ASAP.

Look Britney is already on the road with some BFFs looking for our man now: 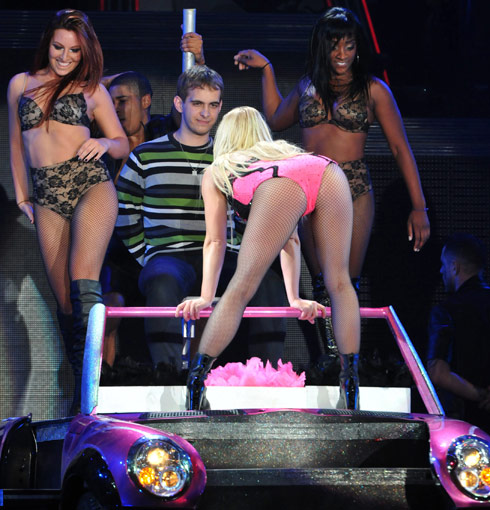 I say the chances are fair to midland that she bumps into our man during one of her thrice daily Starbucks runs.