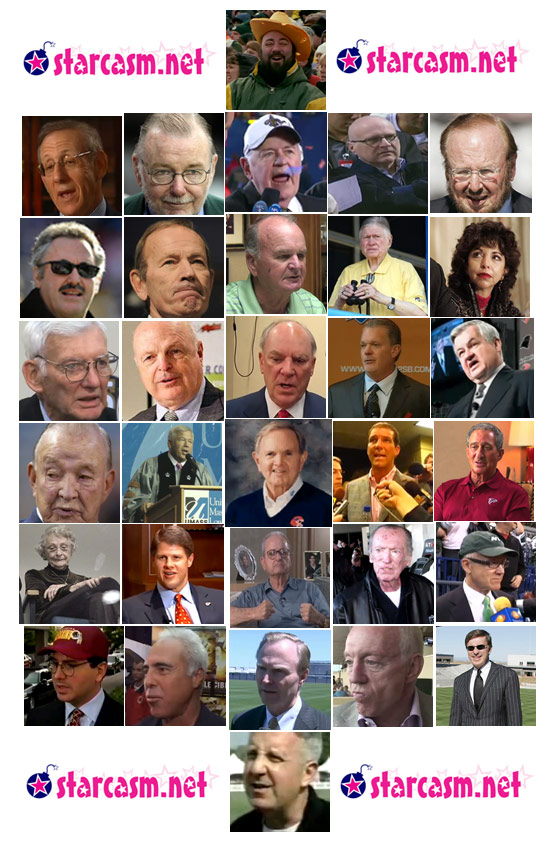 For all of you die-hard National Football League fans the above image is a compilation of all 32 NFL franchise owners.  As of this post these owners are in negotiations with the NFL Players Union to attempt to settle on a new collective bargaining agreement.

We ain’t a sports blog so I’m not going to dig too deep into exactly what these mega-rich mostly bald white dudes want or what the mostly really rich players want.  I’m just guessing that your average fan wouldn’t be in the corner of the owners seen above.  But whether you’re on the side of the owners or the players you at least have faces to go with whom you deem as the heroes or villains in this battle over the estimated 9 billion dollars in revenue the league generates annually.

Here’s a list of the owners in alphabetical order by their respective team.  See how many you can get right in this game of “match that NFL owner.”  We’ve already spotted you one with Al Davis!

Well there you go!  Lets hope these two sides can settle their differences, remain wealthy and play football because I have no idea what I’ll do with my Sundays come September if they fail!

All Images captured from embeddable videos