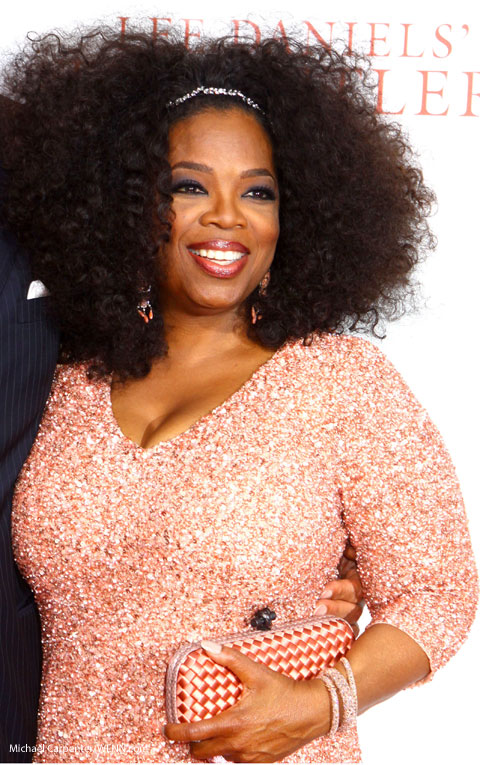 “In the very first days I tried to reach her and then I decided to stay out of it as I saw it blowing up,” she told Entertainment Tonight. “In time she will be fine. For me, it all just felt kind of sad.”

Oprah notes that while no one would ever use racial slurs with her to her face, (Twitter is a different matter,) she has experienced racism and sexism in the career, even recently. “Nobody in their right mind is going to call me the N-word. You know, you see those fools on Twitter sometime say ridiculous things. But nobody in their right mind is going to do that to my face, because true racism is being able to have power over somebody else. So that doesn’t happen to me that way.”

“It shows up for me if I’m in a boardroom or situations where I’m the only woman or I’m the only African American person within a hundred mile radius,” she explains. “I can see in the energy of the people there, they don’t sense that I should be holding one of those seats. I can sense that. But I can never tell, ‘Is it racism? Is it sexism?'”

Oprah’s one of the most powerful people in the world, so it’s really hard to imagine her not being given the respect she deserves in a business situation.

When asked about Paula by Extra, Oprah exclaimed “Oh my god! I don’t have anything to do with Paula Deen. She is not the first white lady to use the N-word! Good lord!”

The network owner wore a pink sequin Theia dress and her hair in a mini version of the huge ‘fro she’s wearing on the cover of the latest O magazine To The Butler premiere. 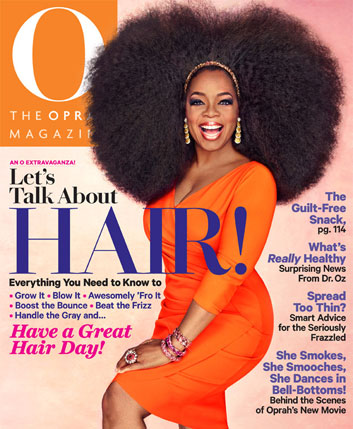 In the film Oprah’s character is a woman who descends into alcoholism. According to her director Lee Daniels pushed her limits on how drunk she could act. She says he kept telling her: “‘Drunker! Do the line, she’s drunker!’ And at one point I go, ‘Lee, if she’s any drunker she’s not sitting up anymore.’ And he’s like, ‘DRUNKER!’ I’m like, ‘Oh my God, what is happening here?’ ”

“If it were up to him, I’d have had three love scenes and been naked on the couch, smoking marijuana!” she joked. “But I talked him out of it.” Maybe next time?