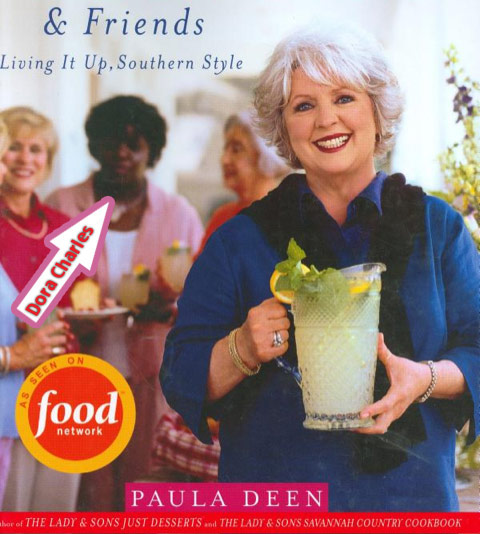 Paula Deen’s long-time employee Dora Charles spoke to the New York Times accusing the restauranteur of a number of untoward actions including asking another co-worker to dress up as Aunt Jemima for her customers.

Here are some of the allegation levied by Charles, who donned many hats while working with Deen for 22 years including training employees, creating recipes and helping to run Lady & Sons, Deen’s flagship restaurant:

• Even after Paula Deen’s Food Network empire grew, she still paid Charles less than $10 per hour for several years.

• Deen asked another employee, Ineata “Jellyroll” Jones, to dress up in an old-fashioned Aunt Jemima costume.

• Charles was asked by Paula to “ring a dinner bell in front of the restaurant, hollering for people to come and get it.” Charles refused arguing, “That’s a symbol to me of what we used to do back in the day.”

• Charles also claims that Deen referred to her and other employees with a “racially offensive term for a black child.”

Charles said of sharing this information now, “It’s just time that everybody knows that Paula Deen don’t treat me the way they think [SIC} she treat me.”

Deen, via a rep, has already fired back at these recent statements from someone she considered to be a close friend:

“Dora’s complaint is not about race but about money. It is about an employee that despite over 20 years of generosity feels that she still deserves yet even more financial support from Paula Deen.”

The report points out that Charles did receive some ancillary benefits during her employ with Paula including a significant pay raise to $71,000 annually. This serious bump in compensation took place right around the time that Lisa T. Jackson, the woman who opened up the entire Deen scandal with her lawsuit, helped her and three other employees file complaints with the United States Equal Employment Opportunity Commission.

Charles eventually walked away from the suit and returned to work for Deen. She says she knows her time with Paula is coming to an end but in spite of it all she wishes to remain friends. “I still have to be her friend if I’m God’s child. I might feed her with a long-handled spoon, but, yeah, I’m still her friend,” she said.